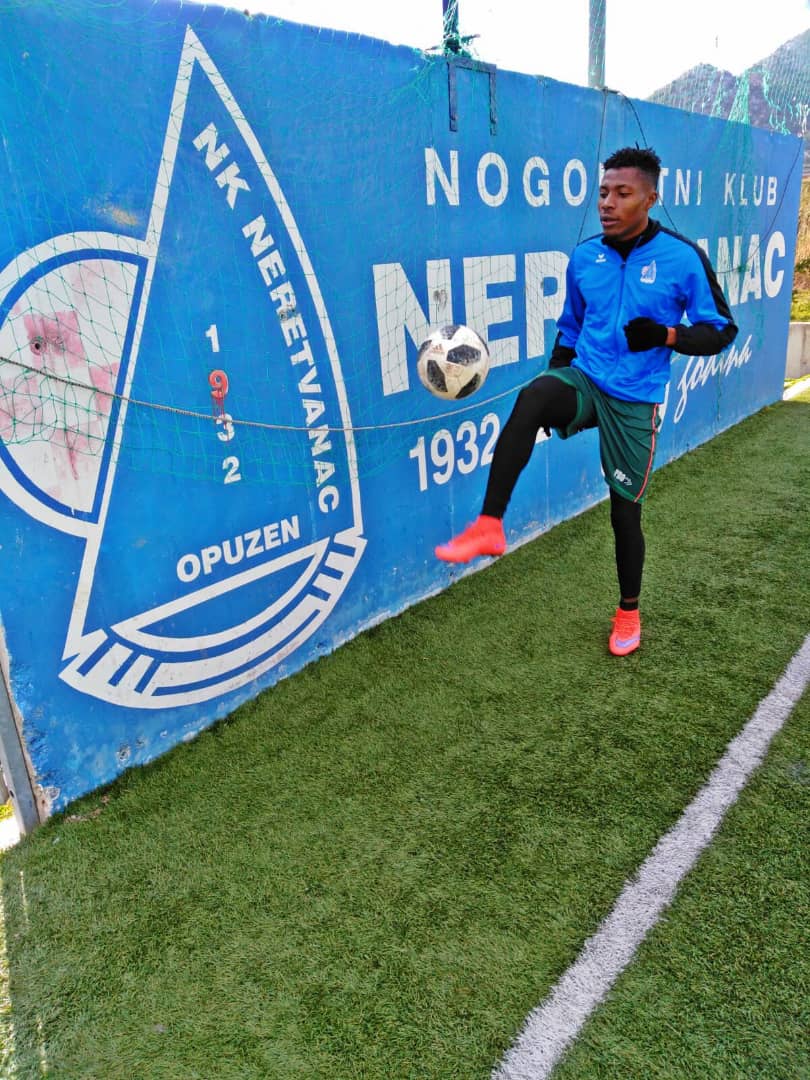 Croatian club side, Hajduk Split Football club new teenage sensation, Stephen Chinedu will excel with the club based on his discipline and sense of commitment. 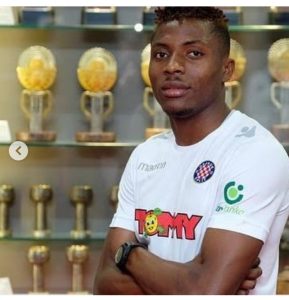 Mohammed Bello of Kenny’s sporting Management, Abuja, said  that the young Nigerian who just signed a three years contract with the Croatian club will hit the top as his performance during his trial drew the attention of other Europe based clubs.
Bello said the player who is a product of Romeo Academy Kano is presently being managed by KSM and from what they have seen of the youngster, in no distance time he will hit the headlines.
Chinedu who signed a three-year contract with Croatian club HNK Hajduk Split until at least the end of the 2021-2022 season, may have his stay with club propelling him for greater challenges in Europe and the Nigeria national teams.
The player now plies his trade with the six-time champions following a successful trial that lasted for two weeks with seven goals which made him a target for top clubs within Croatia and Bosnia and Herzegovina.
Bello said the selling point of Chinedu was that he is a striker with great ball sense, strongly built and pace.
“For me, it will not take Stephen Chinedu much time to join big clubs in Europe, he is solid and a bully in front of the goal, he hit his targets with precision and he is over 6ft tall and I must say I foresee a bright future for him,” Bello said.
Speaking from his base, Chinedu said his target is to concentrate on how best to help the club add to its wares and possible chance to play for top European club.
“I must tell you, it was a great decision for me and my agents, we did not rush at it and I know my dream is to become a great player in my country and at the global level.
“I work hard every day to improve my tactical discipline to achieve the desire goal but one thing I know is that I will win trophy for the club and my performance will possibly attract an invitation to any of my country national team by the handlers, I am at home here in Croatia, ” he said