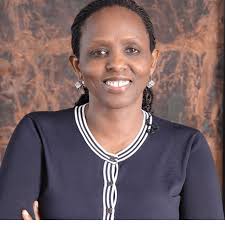 In a statement issued in Abuja on Monday, she also observed that bolstering regional trade would boost a system that will meet the health, environmental, social, and economic aspirations of people living in rural and urban areas.

Kalibata, also an envoy to the 2021 UN Food Systems Summit, said that it had become imperative for the continent not to relent in its effort to transform food systems for the benefit of everyone.

According to the statement, we need food systems that are equitable, sustainable, resilient, and capable of meeting the global challenges of malnutrition, poverty, and climate change as well as be responsive to emerging and unforeseen challenges such as those posed by the COVID-19 pandemic,’’ she said.

She also announced that the Technologies for African Agricultural Transformation (TAAT) programme, funded by the African Development Bank for the purpose of boosting productivity and make Africa self-sufficient in key commodities, would convene a high-level session on “Agricultural Technologies for Feeding the Cities” at the 10th annual summit of AGRF in Kigali.

“The session will hold on September 8 where TAAT is expected to use its values to drive the actions required to overcome the major challenges affecting African agriculture in food production and others development issues.

She noted that the summit with the theme “Feed the Cities, Grow the Continent: Leveraging Urban Food Markets to Achieve Sustainable Food Systems in Africa’’, would be co-hosted by Rwanda and the AGRF partners group.

The statement said further that the session would bring to fore, the strategic linkage between research and delivery as well as TAAT’s success stories in feeding African cities through its wheat revolution, intensification of cassava production and commercialization, and building the capacity of African farmers through technology outreach.

She said that it would address innovative options for accelerating African agricultural transformation in a post-COVID-19 pandemic era through the deployment of proven agricultural technologies and partnerships capable of bringing food security to African cities and rural communities.

Re-Elected AfDB President To Be Sworn-In On Tuesday

The Minister of Industry, Trade and Investment, Otunba Richard Adeniyi Adebayo CON, has said that Nigeria is set to host the upcoming 16th edition of the Africa Cashew Alliance Conference (ACA), Abuja from 12th to 16th September, 2022.

The Minister who was represented by the Permanent Sectary of the Ministry, Dr. Evelyn Ngige, during the inauguration of the Local Organizing Committee (LOC), recently in Abuja, disclosed that the purpose of the conference is to have a sustainable African Cashew Industry for African Growth and Development, adding that “Africa Cashew Alliance was established in 2006 as an Association of African and International Businesses (AIB) with interest in promoting a global competitive cashew industry”.

The Minister further reiterated that ACA currently has about 130 members who represent all aspects of Cashew Value Chain Production with vision to achieve a sustainable African Cashew Industry that delivers the product globally.

‘’Cashew, as you know is an important commodity with high potential and prospect of providing and supporting the means of livelihood for hundreds of thousands of people across the globe, especially African producing Countries’’. Adebayo added.

He stressed  that hosting the conference would enable  Nigeria to be very active and supporting hundreds of thousands of Small and Medium Entrepreneurs (SMEs) that includes; farmers, processors, logistics and suppliers, traders and exporters of the product in the Country.

The Minister urged the LOC to liaise and work closely with the Secretariat of the African Cashew Alliance (ACA) in the planning and implementation of various activities towards a successful hosting of the 16th ACA Conference.

In his response, the National President of National Cashew Association of Cashew of Nigeria (NCAN) and Co-Chairman of the LOC, Hon. Ojo Ajanaku stated that “it is a great privilege for us to be here at the inauguration of the Local Organizing Committee (LOC) of the 16th ACA Annual Cashew Conference” adding that ” On behalf of the entire team, I expressed heartfelt  gratitude to the  Government through Federal Ministry of Industry, Trade and Investment and the Federal Ministry of Agriculture and Rural Development for pivotal role and support accorded us, the Africa Cashew Alliance from the unset where the decision to host the Conference in Nigeria taken, and to the National Cashew of Nigeria, we  are grateful for standing by us as we together host this event”.

According to him the ACA annual Cashew Conference since the inception of the Alliance in 2006 has become the flagship event of the cashew industry in Africa and beyond stressing that for Fifteen (15) times, the ACA Conference has served as a unique opportunity for Africa and International stakeholders of the industry to converge and discuss challenges and opportunities, find solutions as well as renewing partnership toward building a sustainable cashew industry in the continent and beyond.

Earlier in his welcome address the Director, Commodities and Export Department and Co-Chairman, LOC Mr. Suleiman Audu stated that the Committee would assiduously work and collaborate with all relevant stakeholders in the Cashew Value Chain so as to repose the confidence given to it by the Minister.

Audu assured the Minister that the Committee would strictly be adhered to the Term of Reference (ToR) for the success of the upcoming 16th conference in Abuja.

It would be recalled that ACA conferences were held in Ghana, Tanzania