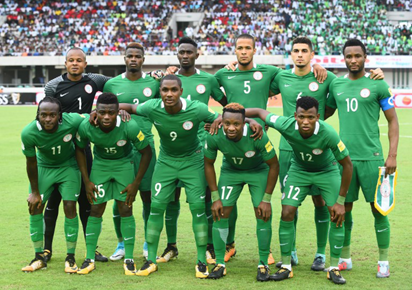 Super Eagles of Nigeria dropped three spots on the latest FIFA Rankings which was released on Thursday.

The result ensured that the Super Eagles dropped from third to the fourth position in Africa after defeat to the current third-placed Desert Foxes of Algeria.

Nigeria will next play Sierra Leone in the African Cup of Nations, AFCON Qualifiers next month.