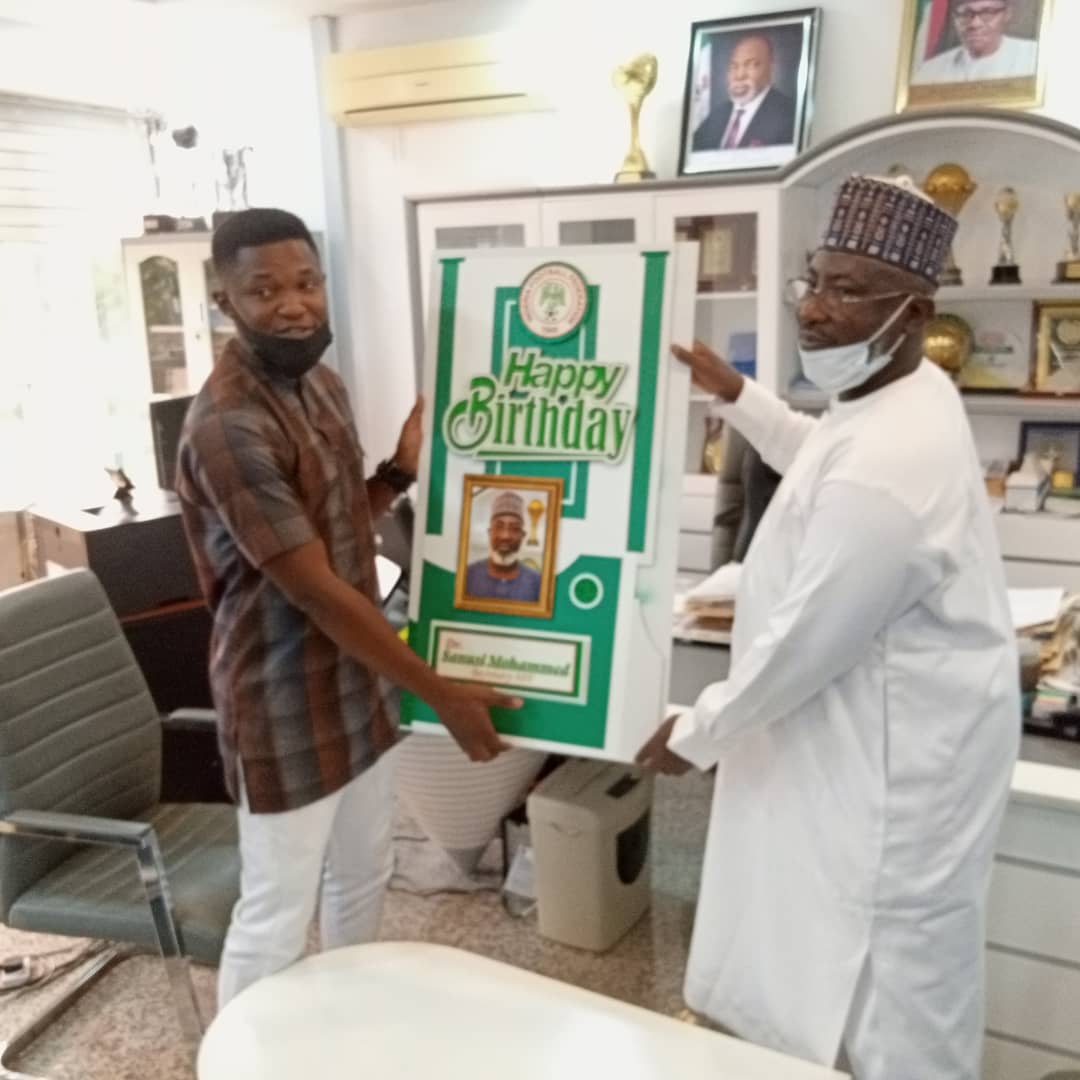 Joel Ajayi
The General secretary of Nigeria Football Federation, Dr. Mohammed Sanusi has given assurance that the Super Eagles will qualify for the 2022 FIFA World cup in Qatar.

Speaking when the executive members of Sports Writers Association of Nigeria (SWAN) FCT Chapter visited to celebrate his birthday with him in his office at the Moshood Abiola National stadium in Abuja, Dr Sanusi stated that all hands are on deck to ensure that Nigeria’s flag is hoisted in Qatar next year.

According to him, “the game in Cape Verde wasn’t an easy one bearing in mind that they have been unbeaten in their home soil over the past five years. With that in mind, they thought it was going to be business as usual when they scored first. But our boys fought back to level scores and got a deserved winner late in the game.

“We are assuring Nigerians that the NFF will do everything humanly possible to ensure that the Super Eagles qualify for the World Cup in Qatar. We give God the glory and we thank the Federal government and Nigerians for their support and prayers” the NFF chief scribe  stated.
Earlier, while presenting a  massive designer birthday card  to Dr Sanusi, the FCT SWAN chairman, Bunmi Haruna  charged the NFF not to relent in the quest to qualify Nigeria for the 2022 World Cup in Qatar.

His words, “We congratulate the NFF and Nigerians for the excellent results the Super Eagles recorded against Liberia and Cape Verde in the world cup qualifiers. These victories couldn’t have happened by chance, they are obviously results of well planned preparations and determination of the NFF and the team.”

“As we look forward to the  rest of the matches, we want to urge the team not to relent,and to be cautious that nothing has been achieved until we qualify for the world cup.

On our part we will continue to support the NFF, the Super Eagles and other national teams to succeed in all competitions” the SWAN boss stated

An overwhelmed Dr Sanusi after receiving the giant card expressed his joy at the gesture by SWAN even as he called on the Sports writing body to support NFF to develop the game.

“I am aware that you came to the office to celebrate my birthday on August 30  but I was away on an international assignment to commission the world cup qualifying match between Egypt and Angola. Let me say I’m overwhelmed by your kind gesture. Thank you so much for extending this gesture to me” he quipped.

The Eagles have two wins from two games against Liberia and Cape Verde and presently seats on top of Group C with six points.
Despite missing 10 regular players in the last match away to Cape Verde, Nigeria was able to grind out a 2-1 win after defeating Liberia 2-0 four days earlier.

The Super Eagles will next month play Central African Republic in continuation of their quest to be at Qatar 2022 world cup. 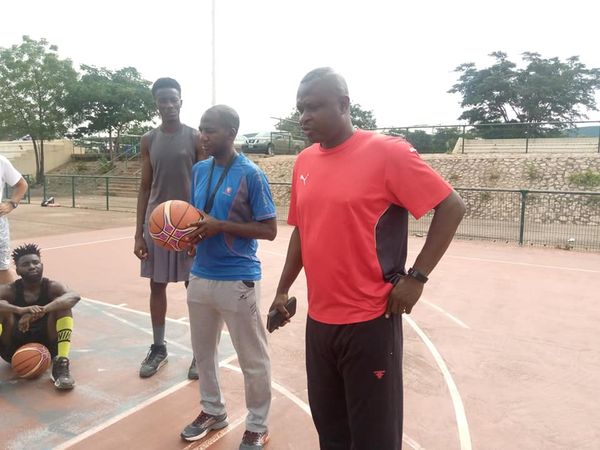 The Sports Secretary of Nigeria Customs Service, Samuel Onikeku has charged Customs Basketball players to give their best at the forthcoming NBBF Savannah playoffs in Abuja.

Samuel Onikekeu who is also Technical Director Athletics Federation of Nigeria urged the players to be focused and qualify for the final phase of the playoffs.

The 2021 Men’s Premier Basketball League starting on Tuesday, 7th, September with the technical meeting in Abuja.

With preparations already put in place by the Nigeria Basketball Federation, stakeholders are expecting a hitch free competition which promises to be keenly contested.