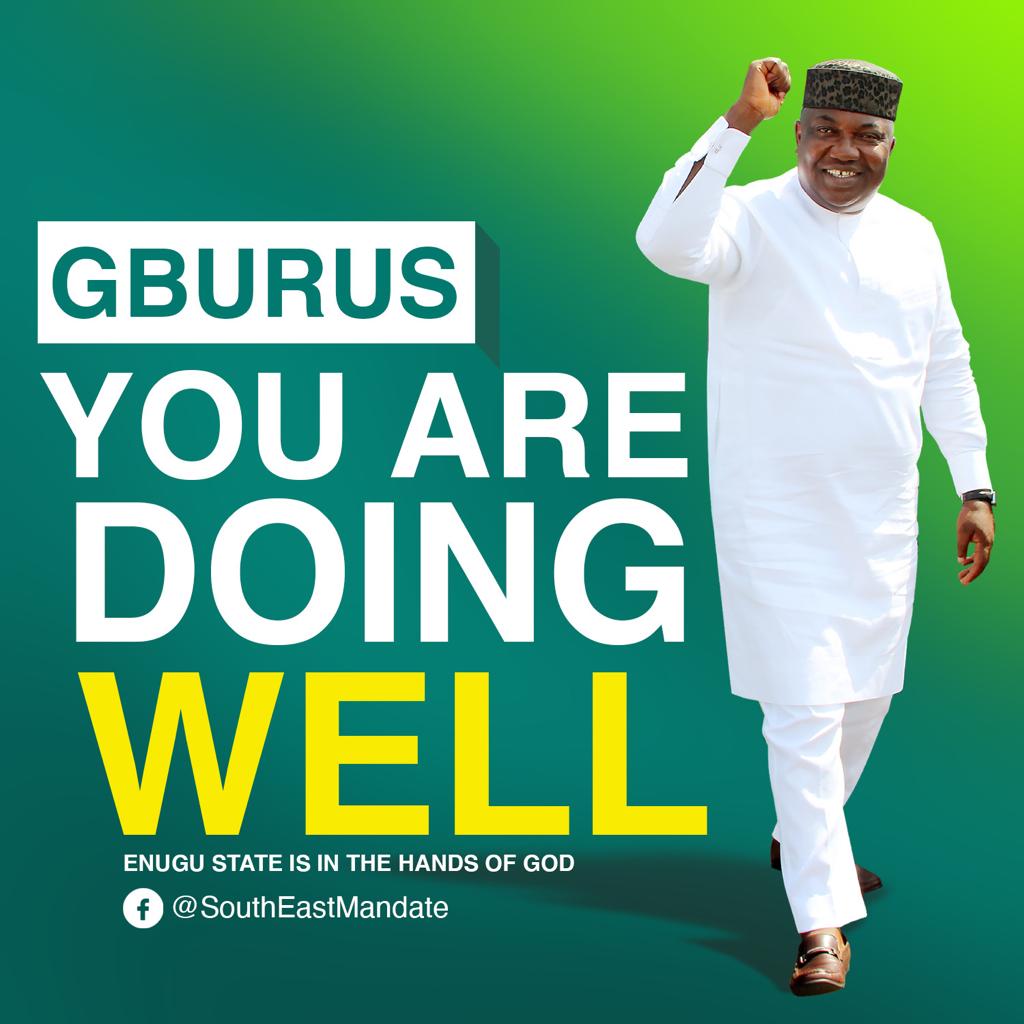 Peace has always been among humanity’s highest values because the most “disadvantageous” peace is better than the most “just” crisis or violence.

Peace is a product of a positive mental attitude. It is the desire of every beating heart, the hope of every nation, and the promise of every politician.

Crisis, conflicts, and violence shatter lives and stunt development; and their effects are far-reaching as they pass to generation. Those who have ever witnessed political intimidation, harassment, restlessness, crisis, and violence in the State in time past can tell you the gory story. Living in fear, tumult, and hostile environment is neither attractive nor palatable.

It is therefore pertinent to take stock of the gains recorded under this administration and not the pains of the yesteryears. We have to put our eyes and minds on the glorious and brighter paths of peace we tread upon today in Enugu.

It is a notable fact that Rt. Hon. Ifeanyi Ugwuanyi assumed office at a time when peace was practically eluding the State. He emerged at a time when hatred, violence, politics of bitterness, and crisis have gained notoriety in Enugu and hope was fading. The city was facing overwhelming restlessness.

The meek mien and unassuming dispositions of His Excellency Rt.Hon.Ifeanyi Ugwuanyi left no one in doubt as to his capacity and ability to enthrone peace in all ramifications in the State.

Expectedly, Gov.Ugwuanyi within five years in the office has made Enugu the peace-hub of the South and center of attraction; and the most peaceful State in Nigeria. He has worked his promise to assiduously enthrone peace and security in the State.

When peaceful conditions prevail in a society, all activities take place in their proper form. But if the atmosphere of peace is disturbed, the normal functioning of the State is disrupted.

Gov.Ugwuanyi is a rare and divine gift to humanity.

His inclusive governance and pragmatic leadership style premised on simplicity, mutual respect, humility, transparency, and bipartisanship have crystallized into peace and has also made Enugu the most peaceful State in Nigeria. He has legendarily demonstrated that it is possible to transform conflicts into cooperation.

Notably, a critical factor for peace-building and sustenance is the realization of good governance, while promoting justice through transparency, accountability, rule of law, and strengthening the tenets of democracy in the State.

He has the firm understanding that peace is a costly ornament and the most needed agent for human development as it enhances good governance and promotes rapid development because it is only in a peaceful environment that we can make the desired progress.

The Governor has not been seen engaging in any act capable of undermining the relationship between his administration and the past ones. As a leader with a conscience, he has the understanding that the new guard fighting the old guards in the State is despicable.

HE Rt.Hon.Ifeanyi Ugwuanyi has laid to rest, the politics of bitterness and other variables that bring disharmony in the State by re-integrating everyone into the system irrespective of political affiliation or difference. He has repositioned the State on the path of an enduring peace where everyone explores his potential for the overall development of the State.

He has also strived to creatively and resiliently bring about a balance of power and the associated agreement which in turn have engendered definite equilibrium among the divergent interests and groups in the State; and the agreement is a simultaneous solution to the different equations of power where there is harmony based on expectations.

The enduring peace in Enugu for me, is the most important of all, the most remarkable of all the achievements of Gov. Ugwuanyi in Enugu State.

Why is so much emphasis on peace and why is it an achievement? Without it, the destructive tendencies of man will continue to inch us closer to destruction and catastrophe. It is really something to rejoice and pride about and be more knitted together than violence.

Gov. Ugwuanyi has re-defined leadership through his peace-making initiative and governance has been given a better direction by demonstrating that the State can function effectively without armies and thugs, that love is better than hatred and peace is better than violence.

He has ensured peace in the State and calmness has returned to the Coal City. He laid to rest thuggery and youth restiveness in the State’s political landscape by accommodating all divergent interests and also by engaging our teeming youths into lawful and meaningful activities thereby seamlessly given them re-orientation for their lives.

Gov. Ugwuanyi has created a new Enugu of “Non-violent City” where peace and love lead. One can today beat his chest and assert that peace has come to stay in Enugu without fear or favor.

It is therefore irrational and parochial for some persons attempting to disrupt the existing peace by trying to truncate the long-standing zoning arrangement in Enugu among the three Senatorial Zones.

Zoning arrangement has not only brought political stability and peace to the State but also has ensured that justice, fairness, and equity prevail at all times in the State. Zoning has come to stay in Enugu just as the peace it has engendered has also come to stay “gidi gabam”.

Undisputedly, Gov. Ugwuanyi is a peace-lover and builder; and a product of zoning arrangement. And as such, with the overwhelming support of Ndi Enugu which he enjoys, he will not be muscled or coerced into the political gimmick of truncating the zoning arrangement in Enugu which is also a veritable instrument for the sustenance of the enduring peace in the State.

Enugu people are confident that Gov.Ugwuanyi will not engage in any act capable of disrupting the enduring peace he has laboured to restore in Enugu now and come 2023.

Let peace continue to reign and prevail in Enugu.