The Honourable Minister of the FCT, Malam Muhammad Musa Bello has charged principals and head teachers in the FCT to maintain clean school environment at all times and to be proactive in the management of their schools.

The Minister made this charge over the weekend during an unscheduled visit to some schools in the FCT. The Minister, in company of the Chairmen of the FCT Secondary Education Board Alhaji Musa Yahaya and other officials of the Board expressed dissatisfaction on the sanitary conditions of one of the schools visited.

Minister who expressed his dissatisfaction at the state of affairs in the schools wondered why the school environment was not kept clean and said that environmental sanitation in a school premises should be a daily affair. He also charged the school heads to be proactive in the management of their schools saying that minor repairs within the schools could be carried out by the school heads without necessarily resorting to the Boards for approvals.

Malam Bello also directed that proper toilet hygiene should be maintained saying that open defection will not be tolerated anywhere in the FCT.

The Minister also advised school heads in the FCT to take advantage of the seasons when teaching subjects like agriculture. He said that teachers can use the season to teach dry season farming instead of allowing school farms to be overtaken by weed with the excuse that there are no rains.

He also directed that open spaces immediately bordering the perimeter fences of all schools in the FCT should be devoid of any kind of trading or business activity for the safety of the pupils and students, adding that school heads should ensure the removal of illegal structures and sanitation of such areas.

While commending the principal of junior Secondary School Dutse Sagbayi, Dr Funsho Oba for maintaining the cleanliness of the land bordering his school, Malam Bello advised that school heads should be innovative and creative in ensuring that students participate actively in keeping their schools clean.

“ For instance, you can organize a competition amongst them and say the Minister will come at the end of the term and give a prize. That way, they will be motivated” the Minister said.” 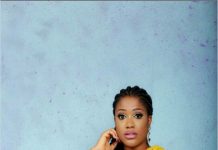 I Am Blessed With A Good Portion Of Good Looks 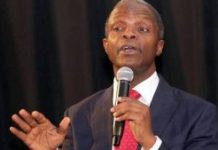 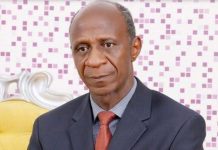 Pandemonium in FCT as task force clash with taxi drivers