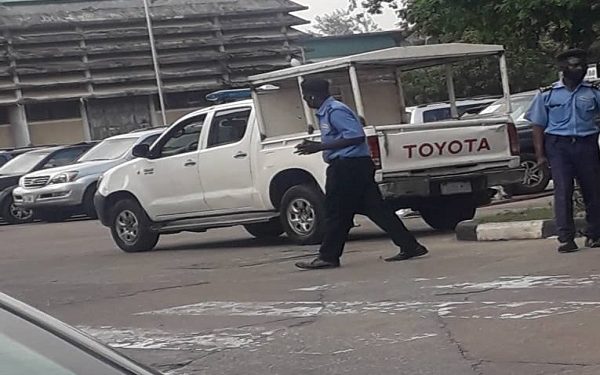 Security has been tightened around the Senate building of the University of Lagos (UNILAG) as its Senate meets at the Ade Ajayi Main auditorium to discuss the sudden removal of Prof. Oluwatoyin Ogundipe as Vice-Chancellor by the Governing Council in Abuja on Wednesday.

Prof Theophilus Soyombo of the Faculty of Science was announced Acting Vice Chancellor in the wee hours of Thursday by the Registrar and Secretary to Council, Mr. Oladejo Azeez.

The Nation observed access to the Senate Building, the administrative hub of the University, housing the offices of the Vice Chancellor, other principal officers as well as the Senate Chamber, was restricted.

The situation may have forced the Senate to move its meeting, which is ongoing, to the main auditorium.

Members of the Academic Staff Union of Universities (ASUU) are also scheduled to hold a Congress to debate Ogundipe’s removal.

The Nation learnt ASUU warned Soyombo not to resume as An. VC.

However, a source said Soyombo described his appointment as a “call to service