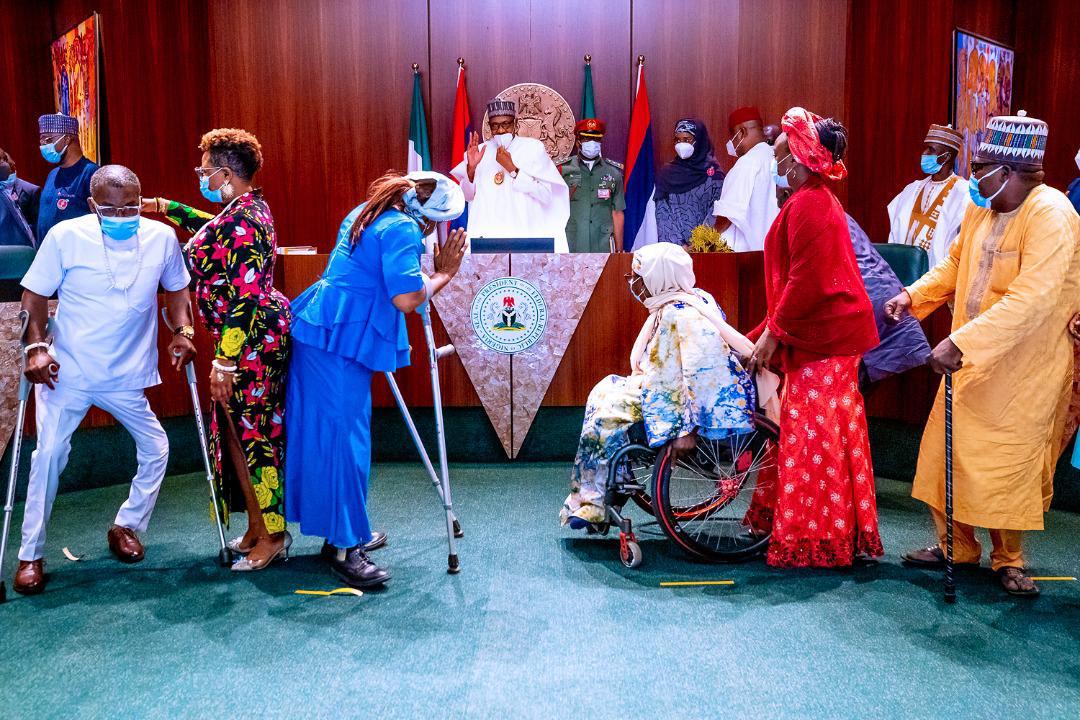 The Minister of Humanitarian Affairs, Disaster Management, and Social Development Sadiya Umar Farouq has appealed to the Federal government to make public buildings and other infrastructure in the country including airports, railways, motor parks, and schools, accessible to Persons With Disabilities in Nigeria. 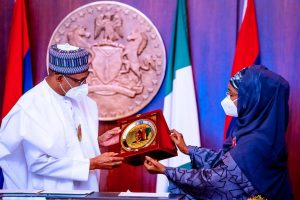 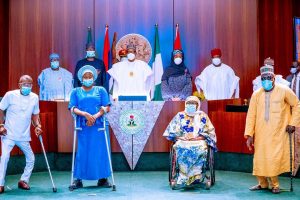 Minister made the plea when she presented the Chairman, Members of Council, and the Executive Secretary of the National Commission for Persons with Disabilities to President Muhammadu Buhari on Thursday at the Presidential Villa.

She said that over 95% of public buildings in the country were not accessible to persons with Disabilities while the majority were in need of assistive devices and technologies to improve access to education and learning.

“There is a need for proactive measures to curtail the negative attitude towards Persons With Disabilities by creating mass awareness, eliminating discriminations in all forms, and improving their livelihood. The need for precise data on Persons With Disabilities and the issuance of disability certificates are significant in ensuring that the benefits of this Commission are accurately provided for the targeted population to avoid manipulations of Government’s effort”.

Also, she explained that PWDs have been provided with relief items and palliatives to ensure their inclusion in the ministry’s activities and in all social investment programmes.

“Today thousands of persons with disabilities have been touched directly through several of our intervention programmes”.

Umar Farouq appealed for the government’s continued support to ensure a dignified way of life for all persons with disabilities in Nigeria.

In his response, President Muhammadu Buhari charged the National Commission for Persons with Disabilities to play its roles adequately in the realization of government’s the objective of lifting 100million Nigerians out of poverty.

“Your appointments were no mistake as you were all selected after careful evaluation and assessment of your good conduct and contribution to society and the disabled community in Nigeria.

“The task before you is enormous.  You must work diligently towards ensuring that the Government is able to touch the lives of our fellow citizens with special needs despite our limited resources.”

The President assured that his administration will continue to give effect to treaties that give inclusivity to persons with disabilities:

“Nigeria is a signatory and a state party to the United Nations Convention on the Rights of Persons with Disabilities which seeks to promote the inclusion of persons with special needs in all development efforts globally.  Under my leadership, the Government shall continue to give effect to all global, regional, and sub-regional treaties that seek to improve the lives of our disadvantaged citizens.”