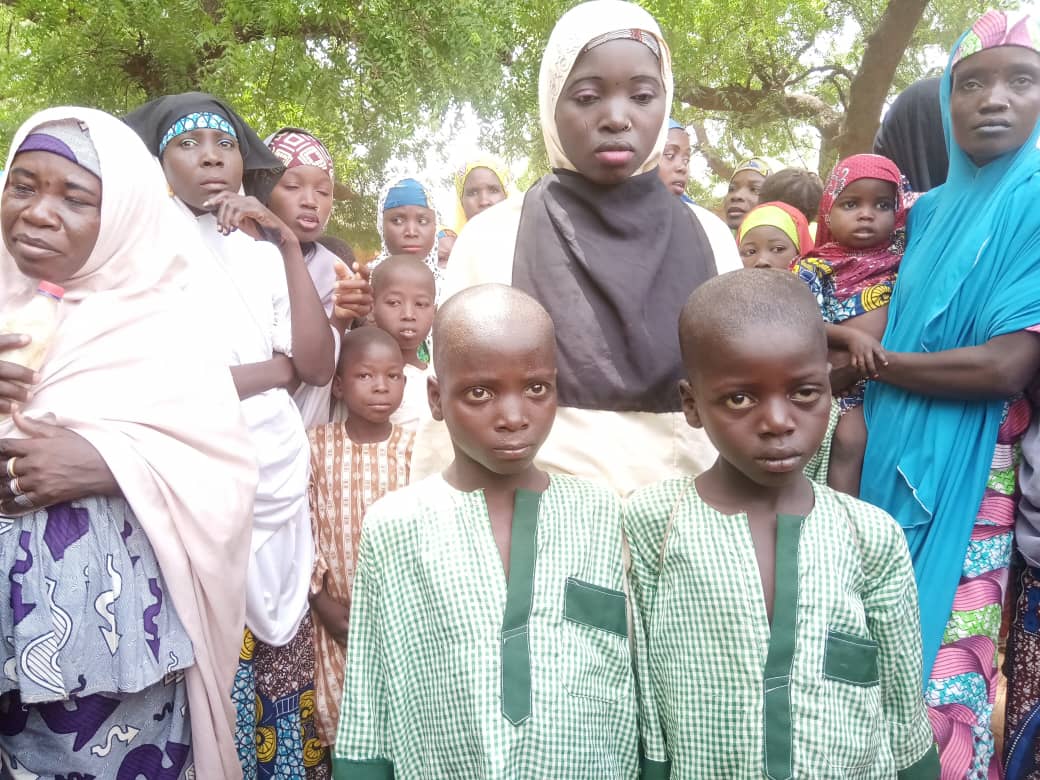 The United Nations Children Education Fund (UNICEF) has introduced Cash Transfer Programme (CTP) ,is focusing on addressing education challenge in Nigeria and to contribute to a greater reduction of the number of out-of-school children in the country. 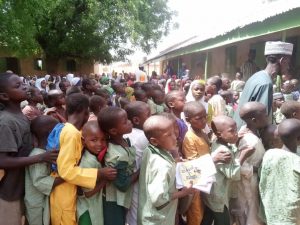 Cash transfers, small predictable sums of money given to ultra poor families with children, are a relatively new Social Protection strategy by the UNICEF to the Eastern and Southern Africa in order to alleviate household poverty, showing positive results throughout the region.

The programme is through the expansion of the Girls Education Project Phase 3 (GEP3), funded by the UK Department of International Development, in partnership with Educate a Child (EAC) and it will help over a million of the world’s poorest girls improve their lives through education.

The interventions are in line with the UNICEF’s vision and mission of the realisation of children’s rights including their right to education and with EAC’s mission, vision and goals, focusing on out-of-school children and quality education for them.

The overall goal of EAC is to expand access to quality basic education for 501,749 out-of-school children by 2020 in Katsina, Kebbi, Sokoto and Zamfara.

Each beneficiaries of the UNICEF CTP were paid N8,000 per term which was intended to offset the cost of sending the children to school.

It is no doubt that there are resistance to sending children, especially girls, to school in the northern part of Nigeria, out of the 10.2 million out-of-school children in the country according to the recent number declared by the Minister of Education, Malam Adamu Adamu, stated that about 60 per cent of them are girls.

This problem is more prevalent in the north. A mistrust of the intent and value of western education is partly responsible for this. The other reason is the high level of poverty prevalent in these communities.

The CTP programme, however, was introduced as “a funding window” to reduce the number of out-of-school children in Katsina, Kebbi, Sokoto and Zamfara states by 2020.

However, stakeholders were of the view that taking over the project by various states where the projects are domicile after 2020 would help cement the vision the project aims at achieving.

The Kebbi Government says it will continue with the Cash Transfer Programme (CTP) for Out-of-School Children in the state after the UNICEF intervention ends in 2020.

Alhaji Mohammad Magawata, the state’s Commissioner for Basic and Secondary Education, said at the end of a Two-Day CTP Media Dialogue and workshop organised for journalist in Birnin Kebbi.

Magawata said the project aimed at helping to reduce the number of Out-of-School Children, particularly in the northern part of the country as well as increase enrolment, retention and completion in school.

He said that when the UNICEF completed its project in 2020, the state would continue from there.

“Kebbi state is planning to continue by taking over the CTP project after the UNICEF intervention in 2020.

“Our hands are on the deck to ensure that we continue with the programme because we realised that the project is laudable and interesting.

“The programme has increased the attendance and retention of the number of the pupils in our schools in a very big way.

“Before the programme, only few schools have full attendance but now that the programme has been introduced in various Local Government Areas (LGAs) of the state, things have changed.

“If you compare the LGAs that have enjoyed the programme, you will see a very huge difference from the areas where the programme had not reached,’’ he said.

Magawata said the state had spent N280 million on feeding, adding that government has built 40 nomadic schools to enhance the programme.

The commissioner said the state has embarked on the recruitment of additional 2,000 teachers in order to tackle the challenge of increase in the number of enrolment.

“We have identified 504 Almajiri Islamic schools and planned to make necessary renovations for them and ensure that we send mathematics and English teachers to the schools at all cost.

“This is part of our aim to measure up with the 2020 deadline by the UNICEF in order to eradicate the volume of Out-of-School Children in our state.

“This programme would help to reduce and deplete the number of Out-of-School Children in the state and we will be least in the northern region.

“I have been to all the LGAs headquarters and we have finished with the recruitment of the teachers, we would soon start issuing the offer of appointment letters to the over 2,000 new teachers.’’

Magawata said that education in the state had improved from what it used to be and gave the credit to the state governor Alhaji Abubakar Bagudu for his efforts at ensuring that education sector was revamp.

He said the governor gave priority to the education sector.

According to him, the governor met a very sorrowful basic education condition, where over 70 per cent were operating below standards.

“Meanwhile, right now, he has been able to do a lot to see that the schools in the state are adequately furnished with qualified teachers to teach,’’ he said.

Speaking at the media dialogue, Umar said over 41,000 pupils in the state are currently being paid N8,000 every academic term to encourage learning.

According to him, CTP was introduced as a social security net to assist the poorest of the poor in accessing education.

He said despite the fact that primary education was officially free and compulsory and the states were guided by the policy and UBE Act (2004), there are high numbers of out-of-school children, of which majority are girls.

“Education indicators for the states are not encouraging, partly driven by social attitudes towards ‘western’ education, and poverty of parents, especially at rural communities.

“The poverty level of rural community members largely restricts their level of participation in the education of their children.

“Majority of them cannot afford purchases of basic learning materials, not to even support school infrastructural development.’’

He, therefore, said that on their part, the state was already working to ensure that it continued from where UNICEF would stop by putting in place various programmes to assist the education of the people.

Meanwhile, an Educationist and Development Consultant for UNICEF, Dr Dayo Ogundimu identified poverty, early child marriage and others as some factors affecting girl-child education in Nigeria and other African countries.

Ogundimu, who is also the Principal Consultant, ComForch Development Communications, said these factors posed a serious challenge to girl-child education in the country.

“In Nigeria and other developing countries, poverty is a critical barrier to the girl-child education.

“ CTP therefore contributes to poverty reduction in the family and the community.

“ The CTP being implemented by UNICEF in some states in the north would help protect educational investment in the girl-child and help alleviate future poverty.

“Cash Transfers are cash grants made to school age children (especially the girl-child) to enable them enrol stay in school and complete their education.

“Also, cash grants help the beneficiaries to pay for things that are essential for their schooling – books, writing materials, fees, etc.

“On a global scale, cash transfers contribute to poverty reduction in the family and the community.

The State Project Coordinator, EAC in Kebbi state, Mr Isah Usman, said that the CTP would address some of the underlying causes of inequalities in education outcomes, such as poverty, social exclusion and malnutrition.

Usman said the CTP had changed the situation and contributed to a greater reduction of the number of children out-of-school.

At 40, she had not seen that amount of money before in her entire life. Someone had to help her count it.

Hadiza was paid N8,000 per child for three of her sons to enroll in school. It was part of the first installment of cash transfers to mothers in Zamfara State, northcentral, intended to offset the cost of sending children to school.

The CTP is a project initiated by the UNICEF in 2018 that is expected to be completed by 2020.