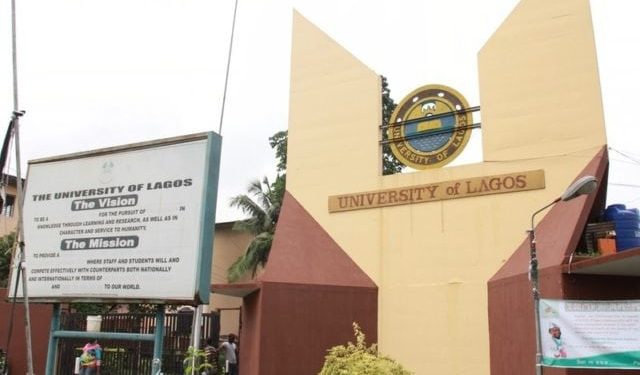 The Senate of the University of Lagos (UNILAG) is presently meeting to choose an Acting Vice-Chancellor despite the institution’s Registrar, Oladejo Azeez sending an email to Senate members to wait for further clarification on their assignment.

This follows President Muhammadu Buhari’s directive on Friday that due process should be followed – which is that the Senate should elect an Ag. VC as opposed to the Governing Council doing so.

In a mail titled: “Notice to All Senate members”, Oladejjo Azeez, who has been an ally of the Governing Council chairman, Dr. Wale Babalakin, said no meeting had been summoned.

Babalakin and the embattled VC the Council removed, Prof. Oluwatoyin Ogundipe, were asked to recuse themselves from the affairs of the University until the Visitation panel set up to look into the university’s affairs concludes its investigation.

Oladejo’s mail reads: “This is to inform all Senate members that no meeting of the Senate has been summoned.

“Members should await proper Notice of Meeting after the Federal Government of Nigeria has clarified some issues germane to the meeting.”

The Registrar also signed a letter addressed to the Head, Auditorium Management Unit, J.J.F Ade Ajayi Auditorium, University of Lagos and pasted around the main auditorium, venue of the Senate meeting, instructing the official not to make any facility available for the Senate meeting for the same reason.

It reads in part: “It follows that you do not make any of your facilities available for any meeting until otherwise advised.”

However, the Senate convened regardless.

“Oladejo is not a member of the Senate. We are about to start in the Main Auditorium,” the source said

“Meeting is ongoing. We are waiting for ballot papers to vote for the Acting VC that is  Prof Folasade Ogunsola and Prof Ben Oghojafor,” the source said.