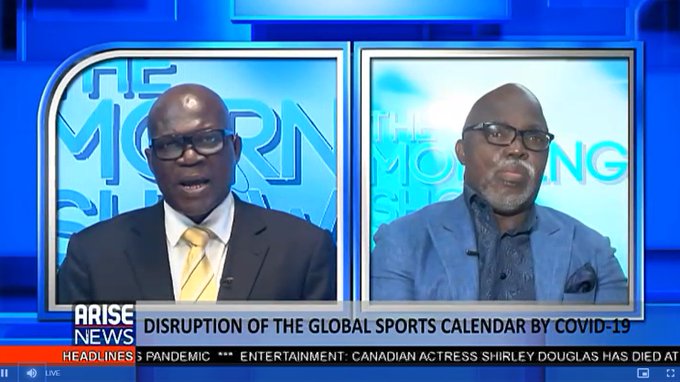 Nigeria Football Federation, NFF, President, Pinnick Amaju has stated that there are conditions Super Eagles coach, Gernot Rohr must accept if his contract will be renewed.

Pinnick, gave this insight on Monday morning in an interview with AriseTV saying the federation has been in touch with the Franco-German tactician about some changes in the term of his contract.

It will be recalled that there have been delays over the renewal of his contract which is set to expire in June 2020.

The Franco-German who was contracted in 2016 for an initial two-year contract has been threatening to open talks with other countries if the NFF fails to speak on a new deal for him.

Also,Pinnick during a media parley in Lagos last year said that Rohr’s contract will be renewed but with stringent conditions that includes him staying in Nigeria.

According to him, he must accept the two conditions that was changed from his previous contract before he can continue as coach of the Super Eagles

“We are going to renew Rohr’s contract with Nigeria before it expires. Unlike the previous contract, we are going to insist now that he stays in Nigeria with accommodation for him in which ever city he prefers between Abuja and Lagos,” he said then