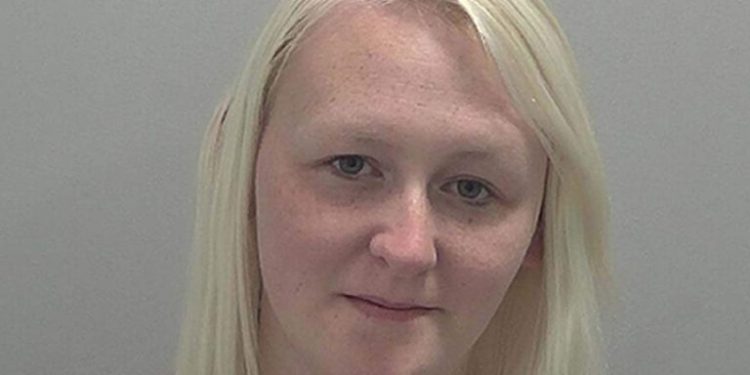 Louise Porton, 23, who murdered her two daughters because they ‘got in the way’ of her sex life has been jailed for life. She will spent a minimum of 32 years in prison for killing 17-month-old Scarlett Vaughan and Lexi Draper, three.

She was convicted of both murders following a five-week trial at Birmingham Crown Court.

During sentencing, judge Amanda Yip told Porton her actions were ‘evil’ and ‘calculated’.

She said: ‘These were blameless young children who were plainly vulnerable and ought to have been able to rely on their mother to protect and nurture them. Instead you took their young lives away.’

Judge Yip added that the pressures of life as a single mum could ‘not begin to explain’ what Porton did.

She continued: ‘One way or another you squeezed the life out of each of your daughters, only calling the emergency services when you knew they were dead.

‘I am sure at the time of the deaths, you intended to kill each of your daughters. Why you did so, only you will know.

‘Those who loved Lexi and Scarlett have been left bewildered as to how and why you could have done something so evil.’

In a victim impact statement read to court by the prosecution, the girls’ father, Chris Draper said: “Why did Louise do something so evil to our beautiful daughters?

“You are their mother, the person supposed to care for them, protect and love them. They were just an inconvenience to you; how could you do this?”

Mr Draper said no punishment would ever be enough as nothing will bring his daughters back.

“I sit and think, day and night, and I can’t understand why my two little girls were taken away because Louise wanted to sleep around.