World Endangered Species Day: Grassroots awareness necessary – Do
Dean, Faculty of Environmental Sciences, Nasarawa State University, Keffi, Prof. Nasiru Idris, says awareness at the local level will help save wildlife endangered species.
Idris said this in an interview with the News Agency of Nigeria (NAN) on Friday in Abuja on the backdrop of the World Endangered Species Day Celebrations.
Endangered Species Day is observed on the third Friday of May every year to spread awareness about the importance of protecting endangered species, their habitats and to take actions necessary to protect them.
He said that taking the message of preservation of wildlife to the grassroots is necessary because some of them do not understand the implications of the endangered species going into extinction.
“Nigerians should participate, especially in our rural areas where most people’s livelihood depend on natural resources, including the endangered species.
“The message of the protection and conservation of these endangered species should therefore mostly go to them as their daily activities threaten the existence of the species’’.
According to him, `this day is set aside in order to remind people and give them an opportunity to learn more about the role of protecting endangered species within their own territory.
“This is very important because, if you look at the level of extinction of endangered species today, you will discover that it is seriously alarming.
“Nigeria in the past had different varieties of endangered species but today, you hardly hear of, or see, those kinds of species unless you visit zoos.
“Do we even have an active zoo in this country?’’ he queried, adding that if we do, it will serve as an avenue for government revenue generation and also improve tourism in the country.
“Therefore, setting aside this day for these species will help in directing our thoughts towards protecting them,’’ he said.
The Don also advised that the awareness campaign should not leave the school children behind as they are the ones to protect the environment in the future.
“This message should be taken to the school children in order to catch them young. As leaders of tomorrow they should grow with the consciousness of protecting the wildlife, humans and the environment’’.
He also called on religious leaders to join other stakeholders in the race to save these species.
“Religious leaders should also play their role during sermons in both Mosques and churches, on the importance of protecting endangered species,’’ he added.
NAN 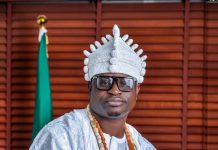