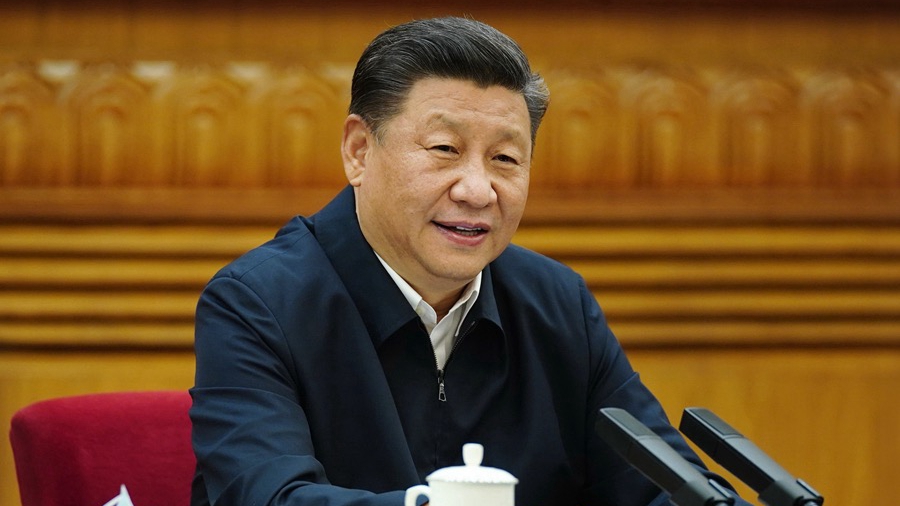 Chinese President Xi Jinping, also general secretary of the Communist Party of China (CPC) Central Committee, on Tuesday called for efforts to stimulate market vitality to overcome the impact of the COVID-19 pandemic on the Chinese and global economy.

Xi made the remarks while presiding over a symposium with entrepreneurs in Beijing.

The COVID-19 pandemic has dealt a heavy economic blow to China and the rest of the world, with a slew of market players in the country facing unprecedented pressure. Market entities now act as the carriers of economic power, hence ensuring the vitality of market players is equivalent to stimulating social productivity, Xi said.

“We must unleash the dynamics of market players, carry forward an entrepreneurial spirit, and push enterprises to play a greater role in pursuing development, thus accumulating strengths for further economic growth,” Xi noted.

Xi said hefty inroads have been made in pandemic prevention and control, and China’s economic development has embraced a stable turn for the better. It is now at the forefront of the world in pandemic control and economic recovery, delivering better-than-expected outcomes.

“We must beef up our confidence to overcome the difficulties and strive to make up for the losses caused by COVID-19, so as to notch up impressive full-year economic growth,” he added.

China’s economy returned to modest growth in the second quarter of 2020 and reverted from the first contraction on record in the first quarter this year, as COVID-19 eases and policymakers proclaimed economic packages. In the first half of 2020, China’s economy declined by 1.6 percent year on year.

The world’s second-largest economy grew by 3.2 percent between April and June from a year earlier, reversing a 6.8-percent decline in the first quarter – the first contraction since at least 1992 when official quarterly gross domestic product (GDP) records started, according to China’s National Bureau of Statistics.

The reading beats the median 1.1 percent forecast by economists surveyed by Nikkei and coincides with an AFP poll which projected the economy would claw its way back into growth territory in the second quarter of this year.

Xi expressed his gratitude to state-owned, private and foreign-funded enterprises, Hong Kong-, Macao- and Taiwan-funded companies, and the self-employed businesses for their contributions to socio-economic progress and pandemic control.

He then stressed to inject more dynamism into market entities and enlarge policy support via more proactive fiscal policies and moderate monetary policies, so that the majority of market entities can not only survive, but also obtain greater development.

Meanwhile, he called for creating an international and marketized business environment building on rule of law, including fully applying the negative list for market access and barring trading power for money.

In addition, more weight should be assigned to self-employed businesses, according to Xi, namely, the government should actively help them solve problems in the fields like rent, tax, social insurance, and financing with more direct and effective policy assistance.

“Entrepreneurs should advance patriotism, integrity, as well as innovation and social responsibility to become a driving force for creating a new development pattern, building a modern economic system and promoting high-quality development in the new era,” Xi noted.

He said patriotic entrepreneurs should integrate the development of enterprises with national prosperity and people’s happiness to share the burdens of the country.

Xi also encouraged entrepreneurs to be bold in innovation and focus on technological research and human capital investment. Entrepreneurs should also bear more social responsibility, step up efforts to stabilize jobs and care about employees’ health to go through the tough situation together with employees.

China must make good use of the strength of the country’s market and push forward technological innovation in the face of rising protectionism and a volatile global economy, the Chinese president stressed.

Noting that in the long term, economic globalization is still a historical trend and win-win cooperation is the trend of the times, Xi said China would continue to deepen reform and opening-up, strengthen cooperation in the field of science and technology, promote the construction of an open world economy and push for building a community with a shared future for mankind.