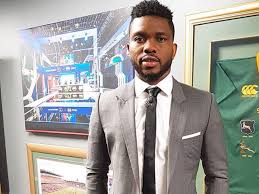 Former Super Eagles Captain Joseph Yobo has given players plying their trade in the Nigeria Professional Football league NPFL hope of making it into the senior national team.

The former Sharks ace has warmed up to his new role of fishing out good NPFL players capable of competing with foreign-based stars.

Rohr has often favoured footballers based abroad in his team for being of better abilities, but Yobo is confident that there are home-based stars who can equally fit in.

Speaking in a chat with a Radio Station in Abuja, the former Marseille defender said: “But to say, do we have good (NPFL) players? Absolute yes! Do we have players that can come true and fit into the national team? Yes!”

Yobo, though, maintains that for any footballer on the domestic scene to be worthy of a Super Eagles call-up, he must possess a winning mentality.

“These players that are good should come with a different mentality when they are invited to the national team, to the Super Eagles, because it is different.”

The former Everton defender has, however, warned the home-based stars that he is on the lookout for more than just technical know-how in any player he would be recommending for the Super Eagles.