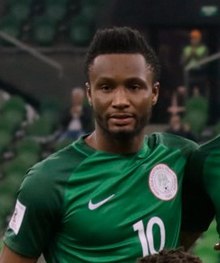 2019 AFCON: We are coming back stronger and better. – Mikel Obi.

The captain of the Super Eagles John Obi Mikel, has said that the team has no choice but to play better in the competition going forward.

He said this while speaking to journalists after the match the Super Eagles lost to Madagascar 2-0.

Going down memory lane he said, “I remember in 2013 when we won the AFCON, we didn’t start well but as soon as we hit our stride we went up from there. I think after the first match, we started playing well and scoring a lot of goals which is what we haven’t managed to do in this tournament but we have to find a way to create more chances and score more goals”.

Reacting to critics saying the coach came into the competition with just four central defenders, he scoffed and said, “it is not my place to comment on that. There are questions I don’t answer”.

Pressed further by a journalist who added that it makes work harder and heavier in the midfield, he said, “you might say that, but together as a team we have to find a way to make do with what we have”.

“We have to come back stronger play better” the defensive midfielder concluded.

By Kola Daniel in Alexandria, Egypt.