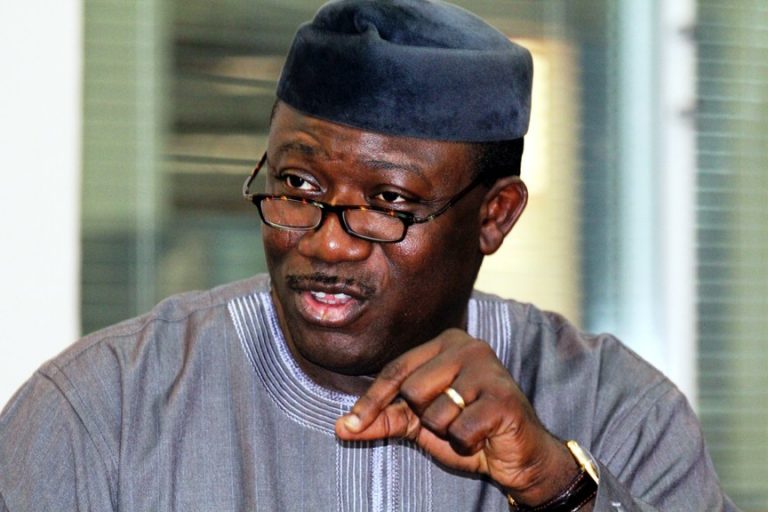 Fayemi, governor of Ekiti state, has said that outsiders will not take over lands in Ekiti as long as he is in charge of Speaking during a condolence visit to Orin-Ekiti where Emmanuel Ilori, a 65-year-old hunter, was shot dead during the weekend, the governor vowed to tackle the incessant killings in the state.

He said efforts were in place to arrest Ilori’s killers, adding that additional security operatives would be deployed in Ekiti.

Fayemi asked non-indigenes wishing to engage in businesses in the state to respect the culture of the people and pursue their interest in line with the laws of the land.

He spoke at a time when there is controversy over Ruga, the federal government’s plan of settlements for herders across the nation.

It is unclear if the governor was speaking against initiative Ruga as he did not use the term during his speech.

“If there are negative comments being peddled around that some people are coming to take over Ekiti land, it’s mere hearsay. It cannot happen in Ekiti except I am no longer the governor of Ekiti state and there is nobody that can be governor in Ekiti that will cede Ekiti land to outsiders because our land is not even enough for us.

“Adequate security of our people is what concerns me most in Ekiti and Nigeria and I want our people to ignore the lies and falsehood some individuals are spreading around. There is nobody that will be governor in Ekiti that will allow outsiders to take over our communities from the people here or say that people coming from elsewhere should come and take over Ekiti land.”

He condemned those politicising Ilori’s death, saying politics should not be played at the expense of lives.

“Those saying this are only playing politics with the matter. This is not politics, security is an issue that concerns all of us,” he said.

“Some individuals have been spreading baseless rumours to cause disaffection because they are no longer in power and it is their wish that Ekiti should be consumed by anarchy.

“I want to assure you that our government has not stopped work on security. No single individual or group can provide security; the local hunters know their terrains very well than our security agents and it will serve the people well if they work together