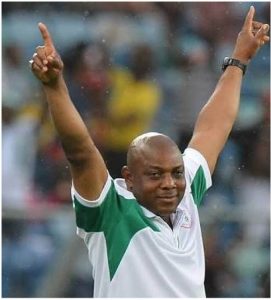 The lecture and the Youth Tournament is put together as an annual event by the Nigeria Players body to immortalise and keep the memory and legacies of the late Footballer and Coach ,Stephen Keshi alive, whose contributions to the overall development of Football in African has been tremendously impactful.

The tournament according a release made available to our correspondent by the NANPF head of communications, Danladi Musa, will also serve as a veritable platform for recruitment of talented players, as the organisers have put in place plans to invite scouts and coaches within and outside Nigeria to scout exceptional players from the tournament.

“The Memorial Lecture will hold on the 7th of June, the same date late Keshi died in 2016 , while the finals of the tournament for both the Under 17 and 21, will take place on the 22nd of August 2019 at the Stephen Keshi Stadium in Asaba.

“The Union is already in talks with the Delta State Sports Commission to solicit the State’s support for the hoisting of a successful tournament,” the statement read.

Recall that coach Stephen Keshi died on 7 of June, 2016 few months after he lost his wife.

The lecture with themed: “Life After Football: What Does The Country Owe Our Ex-Internationals? As Professor Ken Anugweje. Professors Medicine and Director, University of Port Harcourt Sports Institute will be a Guest Lecturer.