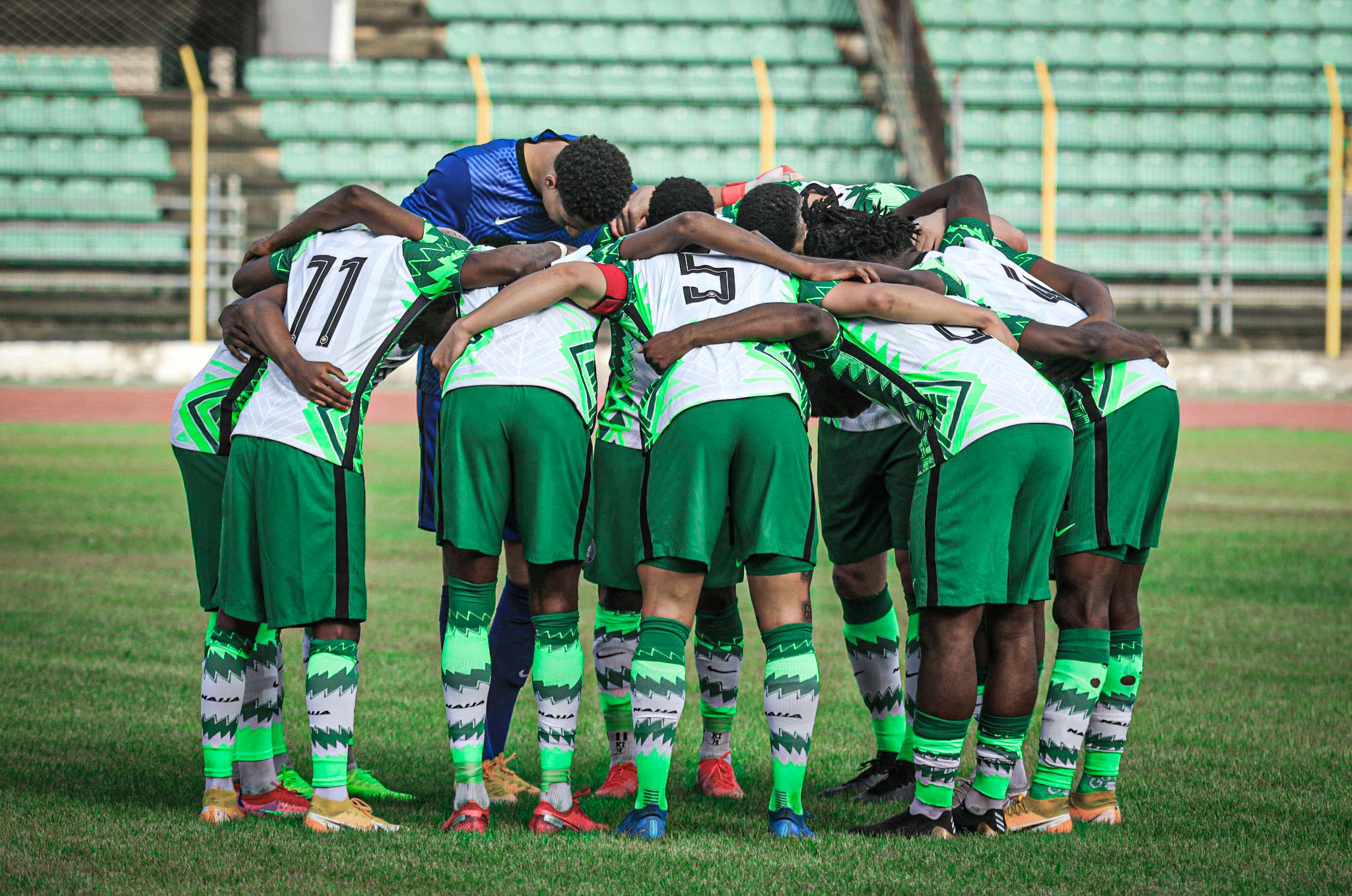 Three –time champions Nigeria on Tuesday evening roasted the Crocodiles of Lesotho at an upgraded and sparkling Teslim Balogun Stadium, in Lagos to round off 20221 AFCON qualifier race in style with a commanding 3-0 goals to nil.

Technical Adviser Gernot Rohr rested first choice goalie Maduka Okoye and started Tyronne Ebuehi at right back instead of Olaoluwa Aina, Oghenekaro Etebo started in place of Joseph Ayodele-Aribo and Alex Iwobi picked shirt ahead of Henry Onyekuru after the Everton defender tested negative to COVID-19, days after he was said to have been positive in Benin Republic.

Yet, the flow of the squad was not in any way affected as they started in top gear, with Turkey –based Etebo drilling narrowly wide of the far post in the 8th minute following a good pass from the nimble –footed Samuel Chukwueze. Five minutes later, Osimhen had the ball in the net after a typical sweet exchange with Kelechi Iheanacho, but it was ruled off-side.

Even as Tumelo Khutlang tried Francis Uzoho from afar and the slippery Teboho Sello danced past Ebuehi and squared into the box, the Eagles looked firm on the ground, and in the 22nd minute, Osimhen, benefitting from a well –placed lob from Kelechi Iheanacho, outfoxed goalkeeper Moerane Sekhoane for Nigeria’s first goal.

Chukwueze, Iheanacho and Osimhen threatened as the game wore on, but at the other end, Uzoho had to be alert as Thabo Lesaoana picked the far angle from a free kick 22 yards out.

Five minutes into the second half, Etebo made it two for Nigeria following a counter attack orchestrated by Wilfred Ndidi and ended with Samuel Chukwueze and Victor Osimhen routing the Lesotho rearguard for the energetic midfielder to place the ball beyond Sekhoane.

In the 70th minute, Ndidi spearheaded another fast break and conscripted Osimhen and Iheanacho into his plan, but the Crocodiles cleared their lines even after Sekhoane had been beaten.

Substitute Paul Onuachu, scorer of the only goal against Benin Republic in Porto Novo on Saturday, lashed in the third goal in the 83rd minute as the Eagles swept forward once more, taking Sekhoane completely unaware.

The Eagles finished the campaign with a runaway 14 points, winning home-and-away against Benin Republic and Lesotho and only dropping points against Sierra Leone.

Next up for the Eagles is the 2022 FIFA World Cup qualifying race, which starts at the end of May.