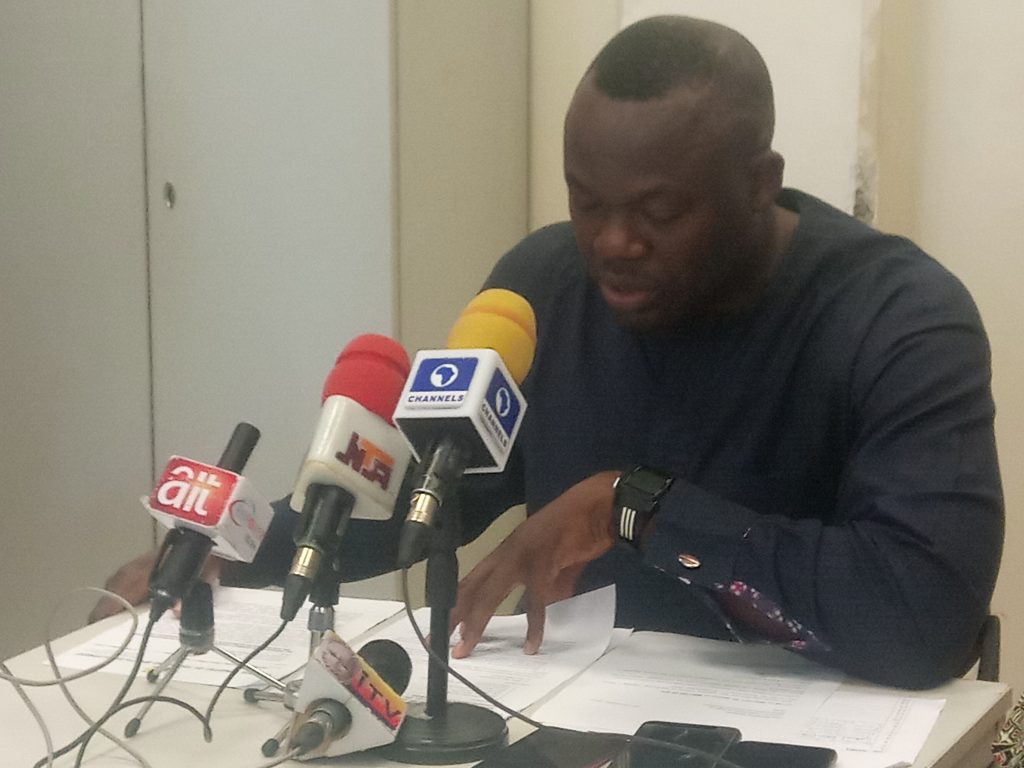 …As 11 Board Ratifies Impeachment Ibrahim Gusau

As Olympic is drawing nearer, the Athletics Federation of Nigeria AFN, has reconstituted its Technical/performance as well as the Medical and Anti-doping Committees for better performance of Athletes at the world stage come June this year.

Following the dissolution, of the two committees, toward the end of last year, Board had promised to reconstitute the committees within a few weeks.

Addressing the Journalist on Thursday in Abuja shortly after the board meeting where 11 board members attended, the president of the AFN Hon. Olamide George vowed that all hands will be on deck to ensure more athletes qualify for the Olympic so far there is room for more qualification.

According to him, as you know is an Olympic year, and the board meets in line with the constitution, we discussed a report from the disciplinary committee, activities of the board in 2019 and adoption of our program in 2020.

“And you will be recalled that sometime, last year that two standing committees were dissolved so, we have constituted the new set of committee

“Speaking on the preparation for Olympic he commended the Ministry of Sports under the leadership of Mr. Sunday Dare who had commenced athlete’s adoption initiatives.

“On our own, we have submitted our road map and we are going to work very hard toward achieving them all.”

“And we are hitting the ground running for the all-comers’ championship in Ondo, Ekiti, Edo, and Abuja respectively.” He revealed.

Also, President of the federation Mr. George said has revealed that eleven board members of the AFN ratified the impeachment of the suspended president, Ibrahim Gusau.

Members unanimously voted to impeach the Ibrahim Gusua and insisted that there is no going back on the decision which according to them was taken in line with the federation’s statute.

“Today, a position has been taking and there’s no going back. We have taken an unanimous decision as a board that the suspended president, Shehu Gusau should be impeached in line with a rule. And of course, there was no counter motion to that as nine board members voted that he should be impeached.

Reacting to the court notice which stopped the board not to hold the meeting, Olamide said: “I heard that there was a document about a notice from court stopping us from holding today’s meeting. As for me, I have not been served neither did I receive any document nor no one has called me to tell about it.

“But can an autonomous group take the other group to court? He asked