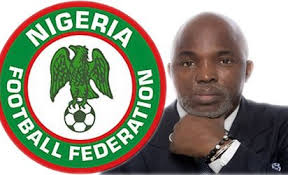 After months of secret campaigns and appeal for individual and government supports, NFF president Amaju Melvin Pinnick seems to have dumped his CAF presidential ambition to pursue a seat in FIFA.

A top source in the Confederation of Africa football CAF told NSM media that  Amaju who has gone about telling Nigerians that he has what it takes to be the next CAF president has realized that he has no chance of defeating the incumbent president, Ahmad Ahmad in the March 2021 CAF presidential race as over 40 National association presidents have written officially to confirm their support for the Madagascan.

The former CAF Vice president has now succumbed to fate and is seriously lobbying Ahmed and other chieftains of the continental and world football governing bodies to get a seat in FIFA Council.

NSM media can categorically confirm that Amaju has dumped his CAF presidential ambition, for now, to concentrate on getting a seat in FIFA.

This perhaps explains why in the communique released after the NFF executive committee meeting on Tuesday, the board cleverly confirmed their support for the former Delta FA chairman as he pursues his ambitions in CAF and FIFA