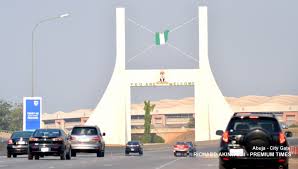 There is palpable fear among residents of Apo Mechanic Village in the Federal Capital Territory (FCT), over the alleged plan by the  Hausa/Fulani to attack the communities.

AljazirahNigeria reliably gathered that the news making the rounds since Wednesday Morning in the Area drops the jaws of happiness on the faces of many residents who lived around Apo Mechanic Village, Kabusa, Pigbakasa others as the lives and properties of the resident is under attack.

It will be recalled that the ongoing protests against police brutality and extra-extra-judicial killings were hijacked by Hoodlum in the Apo Mechanic village in Abuja, where over 50 cars at Area were burnt and since then normalcy has not returned.

When AljazirrahNigeria visited the area,  a resident of the Area David Akinbode said: “For now the atmosphere is calm but the new coming now is that Hausa/Fulani are planning to launch an attack into our Area.

Akinbode urged the government and security agencies to look into the information with all seriousness, especially in the areas mentioned.

Another resident, David Oche said: “I feel unsafe because, without adequate security, there is no peace, especially for some of us that live in the suburbs. The government should go the extra mile to tackle the increasing protest on every corner of the country.”

They, therefore, appealed to the government especially the Federal Capital Territory Administration to provide more security patrol to the Area.

However, Apo Mechanic village is less than 10 minutes’ drive to the FCT.