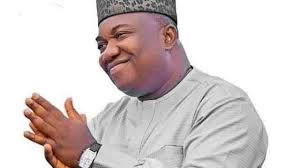 One thing that education does is dig deep into the muck of the human mind and liberates the beast of self-tied therein. Human beings are naturally self-centered. Man tends to consider self-first in all things and when the human mind is not developed above the level controlled by what Sigmund Freud in his Psychoanalysis calls the Id, the tendency is for man to remain at that unthinking level that naturally makes him an animal that he is.

At this animal level, acting on impulse and emotions becomes a natural guide to behavior and relationships.

It, therefore, takes a more than the natural state to subdue the Id and confine it to the legislation of the superego or the conscience by means of exposure to ethical values and mental development.

This is the level attained when one ceases to think self but takes into account the state of one’s social and physical environments as necessary appurtenances of one’s existence.

This is the state when empathy takes place in the realization that we share a common humanity and the understanding that the plight of one is the plight of all.

It is a point when such thoughts that a slave who watches another slave being cast into an abyss should know that when his own time comes he shall thus be cast come to the human consciousness.

Human wants are insatiable and the resources are scarce. This economic truth seems to stir the beast of self in man. The tendency to acquire all for self-guides his thinking and drives his actions. Under such consideration, it ostensibly appears abnormal to place others before self. It takes extraordinary power of the mind to have others first and negate the self.

In the developed nations of the world, the understanding is that the environment has got to be repositioned to serve the common purpose of man. Citizens have this orientation that the larger society has got to get it right and so self-consideration is relegated below the common good of the society. That perhaps has input in the thinking of J. F. Kennedy, one-time president of the United States of America, when he said that citizens should not think of what the state would do for them but should rather be bothered with what they could do for the state. If the state prospers, its people will prosper as well.

This manner of thinking presumably seems absent in Africa. Could that account for our underdevelopment? We suffer the deprivation of the economies of scale that go with synergy when we go picking crumbs emanating from individual efforts.

When Joseph Conrad in his “Heart of Darkness” portrayed African as a land of savages, men like Chinua Achebe rose in defense of Africa, claiming that Africa was not one long night of savagery from which the Europeans acting on God’s behalf delivered them. So, Achebe wrote his novels especially those set in the past to teach this: that the foibles to which Conrad exclusively attributed to Africa are common to man. To what extent Achebe’s texts taught these lessons remains a critical question yet unresolved. Achebe had had to reject a national honor done him in his lifetime because in his Anambra State, leaders behaved as savages in the name of politics.

In Nigeria, the thinking of self-pervades our socio-political life. The political structures have refused to gel together by the anti-viscuous sense of tribalism.

Many have blamed Lugard for hobbling together nations that share no socio-political and cultural affinities for British imperialistic interest. This criticism has been sustained by the secessionist Biafra apologists who cry marginalized in the scheme of things in Nigeria. Evidence of nepotism and clannish politics of irridentism having historical practices in Nigeria abound. The division of Nigeria into six geo-political zones around which power was agreed to rotate was seen as a solution to the marginalisation of some ethnic groups. Yet the situation has remained unabated. All this is a sign of the stirred beast of self in Nigerian leadership.

The question of self is not just a national problem in Nigeria, it also finds expression in states, local governments, and towns. That perhaps accounts for why zoning arrangements are adopted by some political parties to make for equitable rotation of power across the identified structures within these levels of government.

Zoning has a  wrong sense in which it seems to be appropriated in our clime. It does not just make for a sense of belonging as it does arouse a spirit of entitlement in the perceived and so-called owners of the leader. The zone from which the leader emerges would want to claim his ownership completely. The people feel entitled to everything that belongs to the state. Entitlement is some bottomless abyss of expectations.

Since 2015 when Dr. Ifeanyi Ugwuanyi was elected the governor of Enugu State, following the zoning of the governorship seat to Enugu North Senatorial Zone, governance began to take shape in an altruistic manner.

Governor Ugwuanyi seems to view governance from a different prism, a prism from which Enugu State is seen as a whole. The mantra, ‘enye ndi ebe a; enye ndi ebe a’ couched in Igbo became a guiding principle for the development of the state. Projects are equitably distributed in such a way that no zone is left in the lurch.

Ugwuanyi is so sound that he has a clear understanding of governance as something that should divest itself of clannish cleavages and the thinking of self. This is a clear sign of sound knowledge and exposure to the ethics of good governance founded on the liberation of the mind from the beast of self. Appointments into his cabinet are done on merit and not on where anybody comes from.

But the sense of entitlement on the part of some folks from Enugu North has become the parameter for judging good governance.

At the outset, these few persons from Enugu North had fumed and flounced over who occupied certain positions in the Ugwuanyi administration. They had argued that because such positions were occupied by the governor’s kinsmen in previous administrations of the state, such positions should naturally be occupied by Governor Ugwuanyi’s kinsmen. They feel entitled to these positions and until this sense of entitlement is gratified, Ugwuanyi has not performed well. This thinking is natural but takes some sort of extra human dimension of understanding to appreciate what His Excellency is doing, something that should earn him commendations; that should make the Nsukka man proud, for their son blazing the trail in leadership and good governance devoid of nepotism.

This performance appraisal by entitlement also creates an insatiable demand for more projects without any acknowledgment of the ones done and the ones being done. At this second tenure when the cabinet reshuffle meant inadvertently seems to have met their self-entitled positions, they now turn to projects, demanding that because Ugwuanyi is from Nsukka Zone he should leave the other zones and concentrate state projects within  Nsukka zone. They claim that the essence of rotation of power within the party is for whoever becomes the governor to face his zone. Such an unheard-of level of incredulity is laughable.

Unfortunately, some of those given to this wrong appraisal tool fell into the hands of political hawks who had thought to use them to diminish Ugwuanyi’s performances and create a sense of poor performance in the people.

When they cry for one thing and you point them to that for which they cried, they would cry more for another. Before now it was a case of no roads but when you point them to the preponderance of roads constructed, reconstructed and the ones being reconstructed across the length and breadth of the Nsukka zone, they would cling to hospitals. You point them to the upgrade of general hospitals at Nsukka and at the various zones of the state, as well as the ESUT medical college being relocated to Nsukka, they would cling to schools and ask that all the institutions in Enugu be relocated to Nsukka. When you draw their attention to the relocation of the Faculty of Agriculture of the Enugu State Polytechnic Iwolo to Nsukka, they would tell you that is not a university of Agriculture. When you also draw their attention to the stadium being built at Nsukka they tell you that is not an airport.

Demands are made insatiably to ridiculous ends. Their abyss of entitlement is bottomless and swallows all met demands insatiably, thereby rendering its hawkers ingrates.  This is a sign of the beast of self to which we refer as the bane of good governance?

On the other hand, some sponsored critics from the Awgu axis are crying over what they call the Nsukkanisation of Enugu State. To them, everything in Enugu State has been Nsukkanized( whatever that means). This insincere cry meant to curry favor for the inordinate plans to truncate the tradition of zoning of the governorship seat within the PDP in order to satisfy the ambition of one man elicited this allegation. Meanwhile, Nsukka people are crying wolf. It seems His Excellency is torn between the devil and the deep blue sea if not that he clearly knows his onions and would not pander to such false claims.