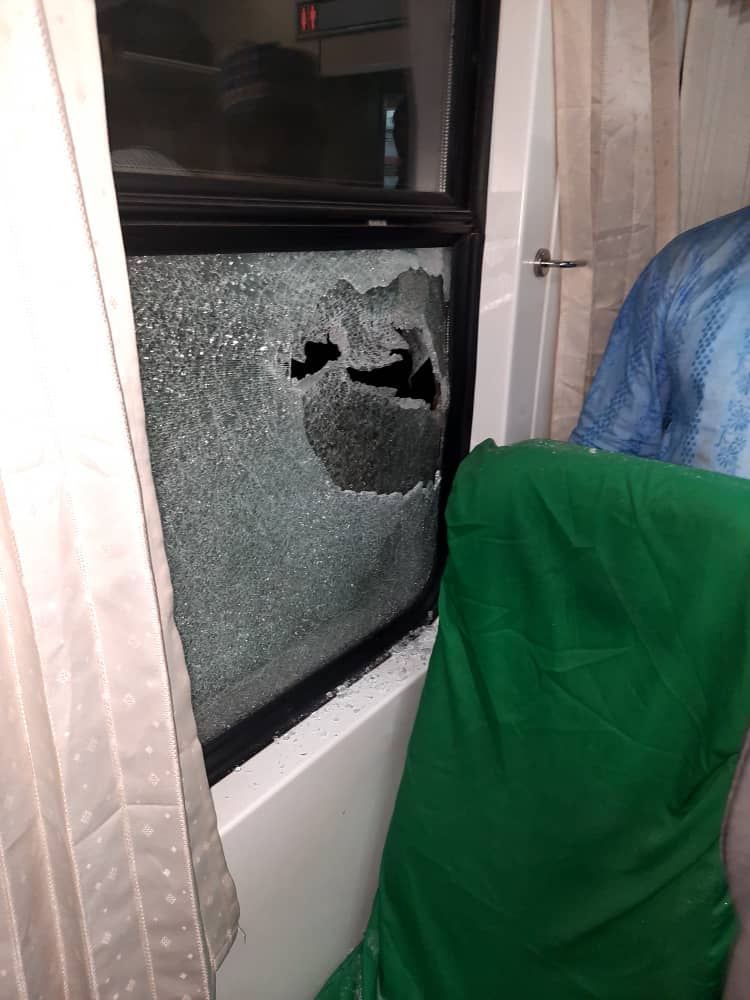 … Security agencies will intervene.
JOEL AJAYI
The Nigerian Railway Corporation (NRC) said on Tuesday that the reports on bandits attacks on Abuja-Kaduna train KA4  between Asham and Kubwa on Monday afternoon and night was false.
In a statement issued by the  Media Assistant to the Minister of Transportation Mrs Taiye Elebiyo-Edeni in Abuja.
NRC Managing Director,  Engr. Fidet Okhiria, said that along Abuja-Kaduna route, there are always hoodlums that usually throw heavy stones at the moving train.
He, however,  said that one of the suspects has been arrested stating that the corporation has reached out to security agencies to ensure that such ugly incidence would not happen again.
“There was no bandits attacks on the train, it’s just a rumour otherwise they will see the bullet all over the train. It was hoodlums that threw stones on the train and because the Police got one suspect, at night more hoodlums came out to attack the train in protest against the arrest made in the afternoon.
“NRC has, however,  spoken to security agencies to help us prevent such future occurrences and intervene in the matter, so they will know how best to deal with the situation.
“We however,  urged the public using the train not to panic, as the Minister of Transportation and NRC will ensure safety of Nigerians on that route.”
Also, Paschal Nnorli, the Manager Abuja-Kaduna Train Service said that the train got to Idu station yesterday and there was no bandits attack.
“The attention of Nigerian Railway Corporation has been drawn to fake online news that the KA4 train from Kaduna to Abuja was attacked this afternoon(Monday) by armed bandits between Asham and Kubwa.
“This news is false. In between Asham and Kubwa sections,  some hoodlums  threw stones and broke the windscreen of our locomotive.  The crew and armed police escort went after them, the train, however, continued its trip down to Idu,” he said.