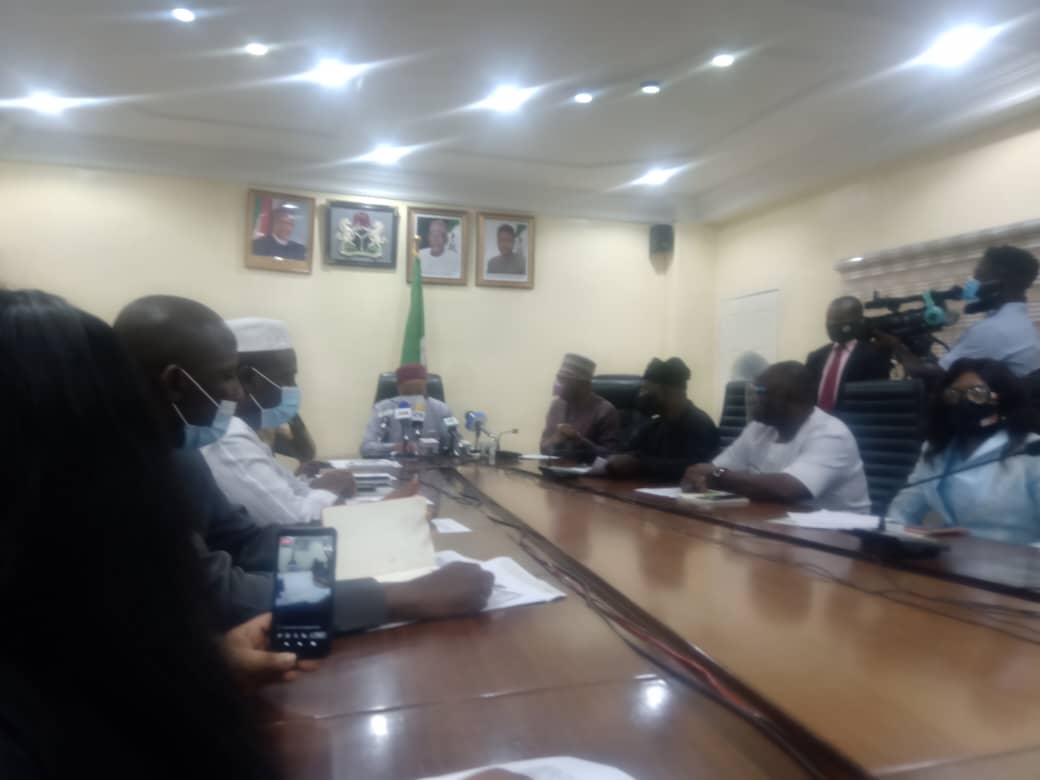 The Academic Staff Union of Polytechnics (ASUP) has pleaded with the Minister of Education to intervene in some of the lingering crisis currently threatening the sector in order to avert strike actions.

Mr. Anderson Ibe, President of the association made the plea when he led a delegation on a working visit to the Ministry of Education in Abuja on Tuesday.

Ibe, who listed 10-point items threatening the harmony of the sector, said the timely intervention of the minister would save the sector from avoidable strike actions.

While recounting the pains the sector had gone through, Ibe called on to the leadership of the ministry to address the content of the needs assessment study of polytechnics since 2014.

According to him, with the gradual reopening, it is pertinent we bring forth these issues to be addressed to forestall chaos in the sector.

“We the leadership of ASUP appeals that the ministry urgently intervenes in some lingering issues in the sector which is currently threatening the sector.

“No single polytechnic has benefited from funds meant to address the content of the needs assessment exercise. The intent will be defeated if the polytechnics do not get the implementation.

“President Muhammadu Buhari signed the minimum wage effect from April 2019 and up till now, polytechnics in Nigeria are owed 10 months despite different levels of interventions from the Office of the Accountant General of the Federation and the rest.

“Only two states have the minimum wage bill implemented- Kano and Jigawa. No implementation has been made in other states. We also have states where members were owed 21 months and some not even paid during the lockdown.

Ibe also listed another grey area of attention to include non-adherence to the provisions of the polytechnics Act as amended in 2019 as seen in the non-reconstitution of the governing council as well as the need to ensure that credible persons are appointed into the council.

He pleaded with the ministry to ensure that only persons who have a passion for education should be appointed to be in the governing council of polytechnics.

“Five officials of our union have been dismissed and we are also receiving signs that three other staff of the Federal Polytechnics Bida is bid down for dismissal. Continue victimization is not in the best interest of our union,” he said.

Responding, the Minister of State for Education, Mr. Chukuemeka Nwajuiba promised to look at the areas identified by the union with the hope of giving adequate attention to within a week.

” We will not want to reply verbally because a lot of them bother on the issue of laws and rules. We want to ensure that our schools are safe which is key in understanding how we want to approach all our discussions.

” The primary purpose of existence is the development of manpower for our country. So why that is the focus, we will take note of the 10 items.”

Nwajuiba urged the union not to lose focus but encouraged them to continue to contribute their quota to the development of Polytechnic education in the country.