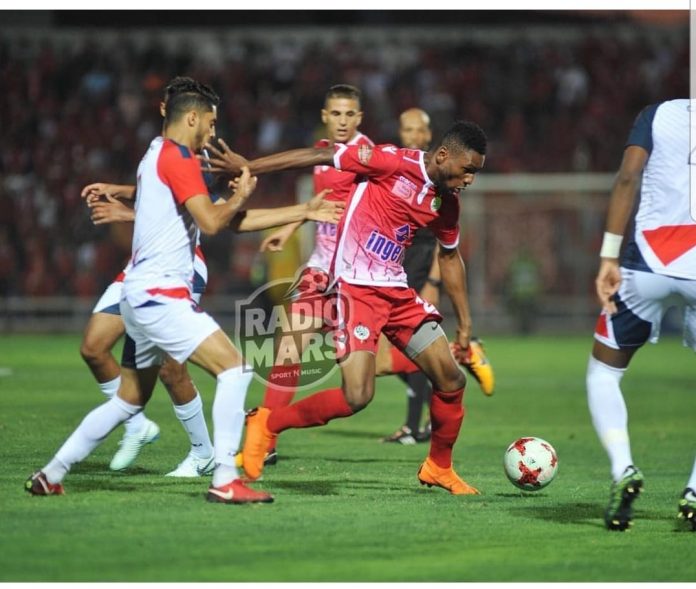 After knocking Mamelodi Sundown out of the CAF Champions League, Super Eagles players Babatunde Michael and Gabriel Okechukwu have set sights on winning the domestic league title as well as the continental trophy with Moroccan side Wydad Casablanca.

Wydad Casablanca dumped out the defending champions Mamelodi Sundowns out of the CAF Champions League after losing 3-2 on penalties. 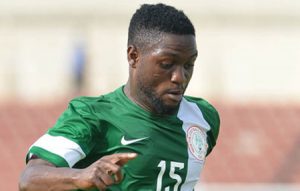 The South Africans lost the match 1-0, which saw the aggregate score locked at 1-1 but three awful penalties from Percy Tau, Yannick Zakri and Bangaly Soumahoro in the shootout sealed their fate.

Wydad are currently leading the Botola Pro league table with 54 points, two points above their bitter rival Raja Casablanca who are on 52 points.

A victory on Friday for Wydad Casablanca against Ittihad Tanger means Wydad will be leading the table with a maximum five points in 28 games and are closing to be the champions of the league.

“We started well, and we are going to end it well.”

“We have been motivated to do double and we are aiming to make it happen. Our determination gave us a victory against the defending champions and we are not going to relent, we want the trophy and we are lifting the double to make the club and the people of Morocco proud of our success.

“Personally, I dream of winning the league title and the CAF Champions League at the beginning of the season, but I think hard work has taking us to this level, it was a tough journey and we must finish it gloriously.”

In the same vein, the former Super Eagles team B player Gabriel Okechukwu anticipating over the potential double title following his move from Ukraine.

“I didn’t start the journey with my team mates but I am dreaming being part of history by winning the league title and CAF Champions league. The league is not over just like the CAF champions league battle is not over, we need to do more and prove to everybody that we are worthy champions. We need to remain focus and keep fighting to make the dream come alive,” said Gabriel