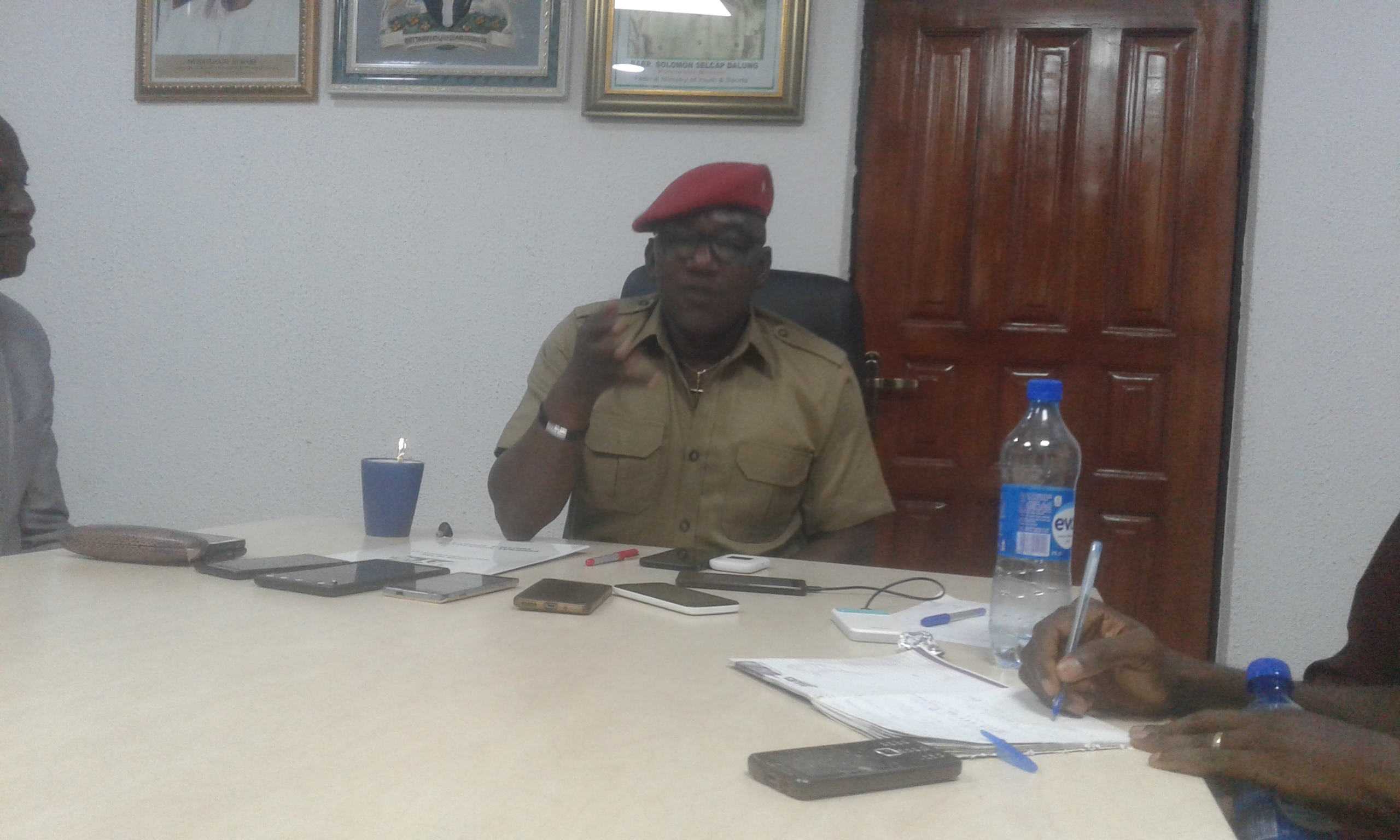 Without any apology to anybody, many federations remained dormant before his coming, they are like toothless bulldog that can only bark but cannot bite.

Dalung who since his assumption into the office of the sports, Minister had catch the niche for himself across the world courtesy of his firmness and dodgedness toward the sports.

Know him for his distinguised dressed Khaki and Beret. When asked why he chooses the berets and Khaki he replied “The ‘Red Beret’ is my signature for a struggle of the common people. The ‘Khaki’ is just nothing but a very modest way of appreciating the magnitude of problems the ‘common people’ face in this country.

Before the dawn of the present administration, the ex-minister was empowered to appoint members of the federations, which were regarded as political appointments.

Of a truth, the nomination of government officials into previous federations contributed to them being populated by “incompetent people.”

As part of the reforms, starting from the 2017 elections, Dalung said there will no longer be any government nominee on any federations board and he stood by his word.

“I believe the absence of government, nominees will help guard against incompetent people populating the boards.

“In the past, National Sports Federation Elections had been mired in controversies; with various accusations of manipulation and connivance by the then National Sports Commission. We have had cases of imposition of candidates and exclusion of the real stakeholders, thus calling into question the credibility of the entire process.

“This has resulted in many boards having the majority of their members with either little or no knowledge of the sport, or even any passion for it. In some cases, federations had been run as personal estates, with impunity and sometimes outright disregard for the Ministry,”

Indeed, the days of handpicking candidates or running a federation like an emperor are gone and the result is enormous.

Today, his struggle toward the democratization process of sports federations had improved performances in sports and as given confidence to the athletes as sports federations were liberated and now functioning effectively and efficiently.

Indeed, the measurement of any leader is the legitimacy and if Barr Solomon Dalung will be remembered for something in the ministry, his stewardship of democratization of sports, federation should be number one the numerous achievements.

Dalung expressed that the vibrancy of the Sports federations can’t be over emphasized.

According to him, in 2015 for the first time, the black African country which in Nigeria  own Scrabble championship and we retained in 2017  and this year we are ready for the competition.

“I will not forget too soon the young Nigerians in Cannoing and Rowing who qualified for Olympics  and even be the first African to be in semi final.

One of the achievement is the Female Hockey team they won Bronze for Nigeria after 14 years.

“Despite the crisis that beclouds the federation in the past two years. The success and achievements of the NBBF under this Board testifies to this fact. Apart from the upward movement in the ranking of our national teams – the D’Tigers becoming No 1 in Africa and 32 in the World Ranking and the Women’s Team, D’Tigress being No 2 in Africa and 19 in the World Ranking – the overall success of both teams have improved Nigeria’s image in the world and earned as much respect within the global Basketball family.

“Nigeria’s super falcon’s have done this country very great having extend and maintained their dominance in Africa’s Womenf football for a very long time.

“I will not forget the contribution of our female Wrestlers of course the wrestling federation is growing every fast.

“The parasports are amazing Nigerians, they are champions any time any day.

“The interesting on is the Cricket  Federation, Nigeria is not a cricket playing nation, it’s not the game that is common in Nigeria but we put it non the world map we went to Nambia defeated the giant countries and qualified for world event for the first time.

“This kind of achievements with so many others will continue to remain fresh in my memory and make me happy as a minister of Youths and Sports.” He revealed.