Residents of Bayelsa State have been urged to provide maximum security for Corps Members that would serve as ad hoc staff during the forthcoming gubernatorial election in the State. He said Corps Members are National assets that deserves maximum protection from all Nigetians.

‘l want to urge you to cooperate with and protect them during the election’, DG stated.

The Inspector General of Police, Mohammed Adamu disclosed that a total of 32,000 policemen have been detailed for the election.

He appealed to all political gladiators in the State to abide by the electoral laws adding that no form of political violence would be tolerated. The IGP promised that the force would maintain neutrality in the conduct of the election.

‘All election observers, journalists and Civil Society Members must be properly accredited and we promise maximum protection for all law-abiding residents of the state’, the Inspector General said.

INEC Chairman, Professor Mahmood Yakubu said the commission has provided a conducive environment for all political gladiators in the election.

He disclosed that INEC would continue to safeguard the nation’s electoral process including the Corps Members. The INEC boss also appealed to the political parties to abide by the peace accord they all signed.

In attendance at the stakeholders’ meeting was the Chairman, Bayelsa State Traditional Rulers Council, King Alfred Diete-Spiff who also monitored the signing of the peace accord.

Nigerian Workers Are Asset Not Liability-NLC 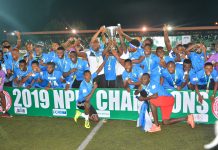 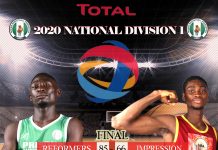 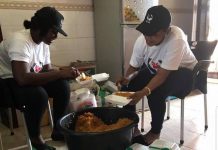 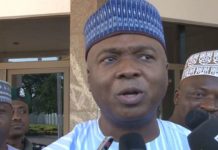