History is about to be made again in Nigerian Sports as the nation gears towards the historic commissioning of the office complex of the 54-member Association of National Olympic Committees of Africa (ANOCA) scheduled for 13th and 14th November 2019.

As expected since ten years ago that Nigeria was elected to be the Head Quarter of ANOCA, this event will bring glory to Nigeria and raise its stature in the comity of world sporting nations. A fallout of that event is that it will motivate Nigerian sports administrators and athletes towards greater achievements, thus signaling a new fortune or blossoming for them. A Tribute for this development would be a collective one for Nigeria, but particularly to a man with a burning desire to leave a legacy in sports. He is Engr. Habu Gumel, a Jigawa State-born astute sports administrator, for his dogged pursuit and realization of a worthy dream. One would wonder how an Engineer by profession could be so in-depth in sporting activities which may appear not to be his primary calling.

But his giant actions that involve activities in both field and track constitute a loud statement that beyond occupational or career professionalism, passion, know-how, and determination that one deploys to a given assignment is a catalyst to take that person to the peak. Gumel’s passion for sports, invariably, has won him a significant place both locally and internationally, conquering tough challenges and winning laurels. Just as Roberth Sychular would say “Tough times never last but tough people do”.

Engr Gumel had worked in the Federal Housing Authority (FHA) before joining the then National Youth Development Department which later metamorphosed to National Sports Commission where he was the Director of Facility and witnessed the commissioning of the present Mashood Abiola National Stadium, Abuja. It would be thought that his carrier progression will limit him to the construction of buildings but alas it became a beneficial resource and experience in navigating the obstacles, bumps, and odds in every human situation. Braving all forms of odds and fears which could inhibit someone, he strongly posits that limitation is one’s choice while fear of competition and wrong motives could make a person bow to negative influences. Not for a man like him! Deservedly, destiny has exalted him to the position wherein he could be described as the father of sports in Nigeria, having seen him taking the country to highly competitive sports engagements all over the world.

When the ANOCA Headquarters gets commissioned in Nigeria, it will be significant in many respects. First, it is a credit to the Federal Government for fulfilling the Protocol Agreement she signed to provide an office building and befitting Secretariat for the Association of National Olympic Committee for Africa (ANOCA). it will further be a justification of the trust and regard that all the African countries have for Nigeria, as expressed in their choice to have their Headquarters domiciled here.

Nigeria is widely known for being a ‘big brother’ to other African countries and when the opportunity came for her to accommodate them on her soil, she did not relent, and to further prove her commitment to unity in the Diaspora, provided 4805.30sqm of land space in the Cadastral zone B15, sector center A, in Abuja the Capital of Nigeria. Some of the features provided in the building of two floors include Standard Conference Room of about 93 square meters in the floor area of 1768 square meters.

The Federal Government defaulted in the timing of project completion due to the global exigencies of economic and financial constraints but has now proven beyond doubt her commitment to providing comfort to African countries that will subsequently make Abuja their home capital. Among other fittings that would make the arena pleasant are Perimeter fence, soft landscaping, driveway sparking, 200KVA Transformer, 150KVA soundproof diesel generator set, garden, borehole, ground storage tank and an overhead water storage reservoir.

The Association of National Olympic Committee for Africa (ANOCA) was founded in July 1965 in Brazzaville. It is an international organization that unites the 54 African countries. It is charged with the responsibilities of encouraging mediation and conciliation between the National Olympic Committees (NOC) and the government. It ensures the building foundation of ambitious sports policies as well as provides young athletes with the condition for success.

The Association promotes sports initiatives including Olympic ideals and values in Africa. It is also involved in the fight against doping, corruption, violence and other pandemics. Most importantly ANOCA brings togetherness through sports to build a peaceful Africa.

In the count down to that historic event, Engr. Habu Gumel who remains valid in mind, strength, administration, and politics, deserves a thumb up. He has used his passion for Sports to provide job opportunities, permanent gathering for African countries and above all increased the nation’s economic strength. In collaboration with the Federal Government, a remarkable history will be made when the office complex for the 54 African countries gets commissioned. Its congratulations to a practical personality that drives achievable passion, thus encouraging inspired and go-getter persons to look beyond professionalism and to be creative with their ideas and passion.

Big felicitation to the Federal Ministry of Sports and Youth Development and especially to the Honourable Minister who is avid to see this event come through. Most importantly, the glory goes to the Federal Republic of Nigeria that has done so much and will continue to do so in the overall interest of Nigeria. 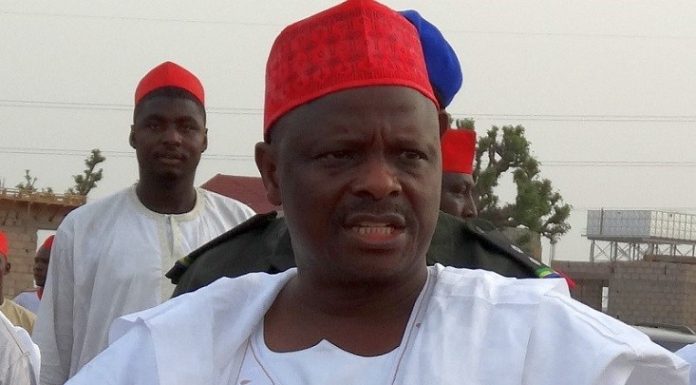 Onnoghen Arrives At CCT For Trial

Minister Visits Ahmadu Bello Stadium, Says will be ready for Female U20

CSO calls on citizens to engage government in delivering its promises

CAN Is Not Raising False Alarm – Ayokunle Tells Osinbajo