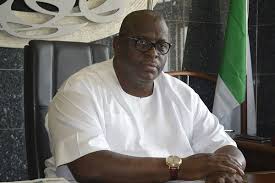 His death was announced on Twitter by his former colleague, Senator Ben Bruce -Murray on Saturday.

Bruce Murray said: “I have just lost my good friend of forever to #COVID 19.. Until his death, Sen. Buruji Kashamu and I were inseparable. He died today at First Cardiology Consultants, in Lagos. May his gentle soul rest in peace. I pray his family and loved ones the fortitude to bear this heavy loss.

The reports have it that there was anxiety on Saturday over the health condition of a former member of the National Assembly, Senator Buruji Kashamu.

It was also learnt that Kashamu who represented Ogun East Senatorial District from 2015-2019, contracted coronavirus and had been battling for survival.