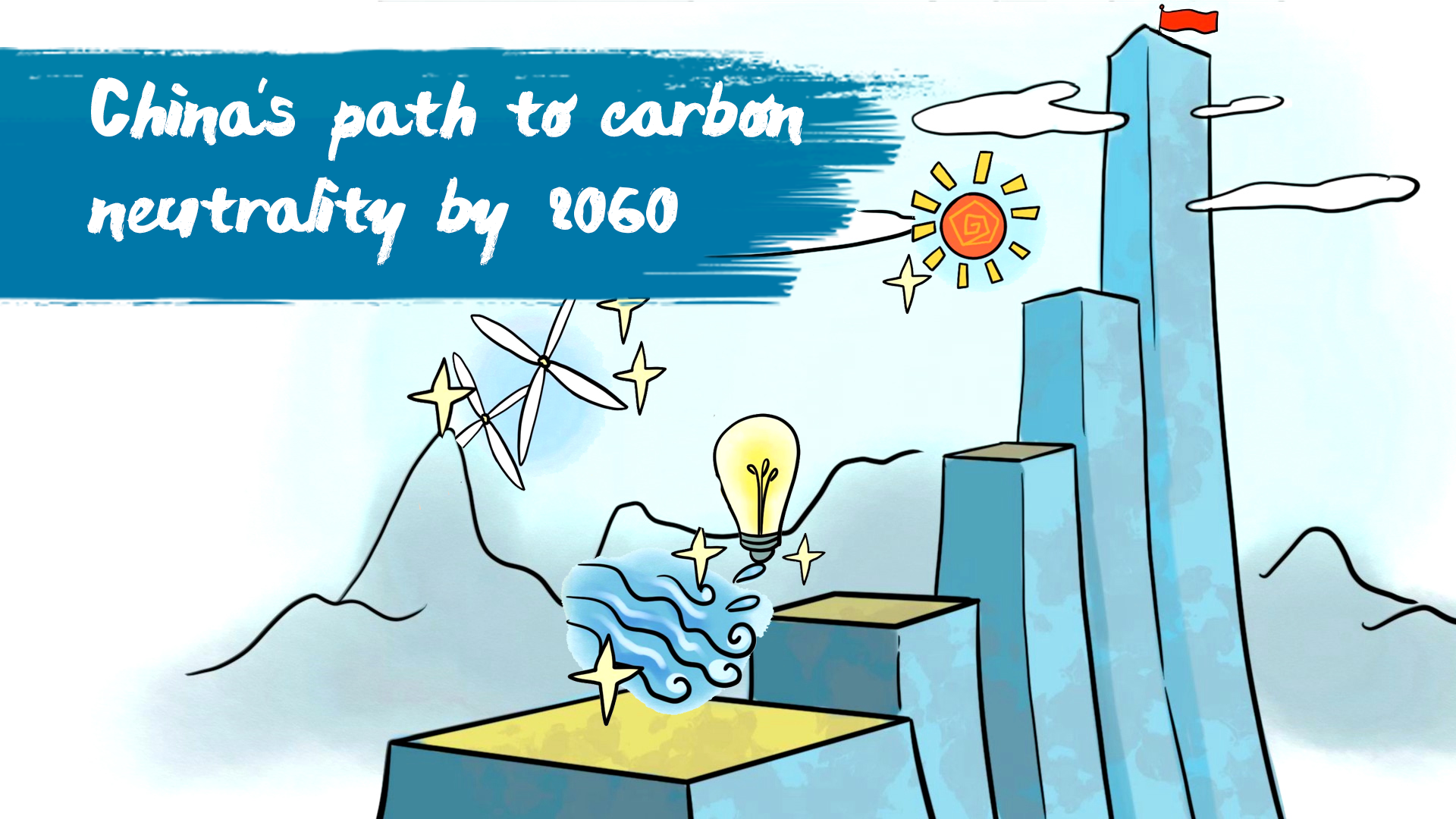 When China announced it would work towards achieving carbon neutrality by 2060, many saw it as nothing short of earth-shattering in the global fight against climate change.

China is the world’s largest emitter of carbon dioxide – a potent greenhouse gas – accounting for 28 percent of the world’s total output every year. In 2019, China’s emissions surpassed those of the U.S., Europe and Japan combined. Despite China’s per capita emissions being less than half of the U.S.’, a significant part of the global fight against climate change still hinges on China’s actions.

Then, can China achieve its ambitious goal?

This surely won’t be an easy task.

There is no denying that China has made significant strides in recent years in its low-carbon transition, by deploying renewable energy on a massive scale, among other measures.

As of 2019, China’s installed solar and wind power capacities accounted for a third of the world’s respective totals. It is currently constructing more power plants than any other country in the world. The country is also the world’s largest manufacturer and seller of electric cars and buses.

This means that for China to meet its momentous 2060 goal, it will have to significantly double down on its ongoing de-carbonization efforts.

The emissions of China’s carbon dioxide can be traced to five main sectors: energy, manufacturing, transportation, agriculture and construction.

Its energy and manufacturing sectors are leading sources of its carbon emissions. The country will have to dramatically increase its use of renewable energy over the next decades, transforming its current energy structure.

This should not only be applied to the energy sector that generates electricity, but also to others, such as the transportation sector where electric vehicles should replace those powered by traditional energy.

At the same time, technology will have to play an essential part in the process with roles ranging from improving energy efficiency, reducing or even removing greenhouse gases emissions in various sectors, to changing where carbon dioxide is emitted.

For example, carbon capture and storage techniques are receiving increased attention in the energy and manufacturing sectors. Their deployment means wasted carbon dioxide can be captured and later released where it does not enter the atmosphere.

All these transformations will require the government to implement policies that can incentivize individuals and businesses to reduce their own carbon footprint. Meanwhile, capital also needs to be injected to make changes possible. According to an estimate by Boston Consulting Group, China would need 90 to 100 trillion yuan in investment between now and 2050 to support its carbon neutrality agenda.

China’s path to realizing its 2060 carbon neutrality goal will not be an easy ride. However, this long-term goal is an indication of China’s great commitment to a green transition. Although the goal is 40 years down the road, the efforts need to begin today.