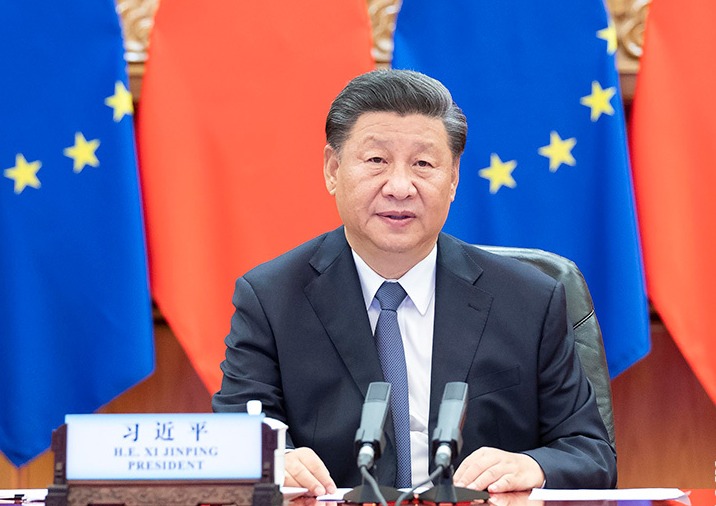 A Chinese envoy on Wednesday rejected accusations against China by the U.S. permanent representative to the United Nations (UN), Kelly Craft, at the Third Committee of the UN General Assembly.

The United States once again made groundless accusations against China, and abused the UN platform to spread rumors and provoke confrontation for the purpose of its domestic politics, said Dai Bing, China’s deputy permanent representative to the UN. “China firmly opposes and totally rejects the accusations.”

It is wrong, futile and irresponsible to discredit and blame China for the COVID-19 pandemic, he said. “China has contained the disease while in the United States, the number of confirmed cases has exceeded 7 million, and in the past few days, several dozen people in the White House have tested positive. China puts human lives first. With the death toll exceeding 210,000, the U.S. government owes its people an explanation for the world’s top numbers of confirmed cases and deaths.”

Dai said Xinjiang enjoys social stability and prosperity, and people of all ethnic backgrounds there live together in harmony. There are 24,400 mosques in Xinjiang, 10 times more than in the United States. From 2010 to 2018, the Uygur population in Xinjiang grew from 10.17 million to 12.71 million, an increase of more than 25 percent, 10 times that of the Han people, he said. “The so-called ‘forced sterilization’ is a sheer lie.”

When violent riots took place in Hong Kong last year, the parliament building was smashed, parliamentarians stabbed, people injured, and businesses paralyzed. The lives of ordinary people were in total chaos, said Dai. People in Hong Kong were deeply saddened. No sovereign country would sit idly under such circumstances. With the implementation of the national security law, 80 percent of local residents believe that Hong Kong is much safer, he added.

Today’s world is confronted with multiple challenges, and countries expect major powers to shoulder special responsibilities. The United States, however, opts for putting itself first, withdrawing from the World Health Organization at a critical time, intimidating and sanctioning other countries, and undermining multilateral cooperation, he said.

The United States starts wars recklessly and imposes unilateral sanctions at will, causing hundreds of thousands of civilian casualties, said Dai. It disregards the financial difficulties of the UN and owes dues. The United States is pitching itself against the international community, and is quite often isolated in the Security Council, he said.

The Chinese people have the best say about China’s human rights situation, Dai said. The approval rate for the Chinese government is above 90 percent. No force can stop China’s development and progress, he said. “We urge the United States to abandon the Cold War mentality and ideological bias, recognize the historical progress of human rights of the Chinese people, and stop spreading lies and ‘political virus’.”