China’s permanent representative to the United Nations, Zhang Jun, on Tuesday refuted groundless accusations against China on issues related to Xinjiang and Hong Kong by the United States, Germany, Britain and a few other countries.

Speaking at the General Debate of the Third Committee of the UN General Assembly, Zhang resolutely rejected their statements and wrongful acts of interfering in China’s internal affairs with the excuse of human rights and provoking confrontation among member states at the UN.

Since the founding of the People’s Republic of China 71 years ago, the Chinese people have made a great leap forward, from standing up to getting rich and becoming strong and made real achievements in human rights, Zhang said.

With a people-centered approach, China has lifted 850 million people out of poverty. Giving top priority to life, China has adopted the most stringent and thorough epidemic prevention and control measures and achieved major victories in the fight against COVID-19, he said.

The envoy stressed that China resolutely safeguards its national sovereignty, security and development interests. He said whether it is promoting the development of western regions, such as Xinjiang, or maintaining the prosperity and stability of Hong Kong, it is for maintaining the rule of law, national security and the interests of the people and is consistent with the well-established and common practice of the international community. No matter what others say or do, China will unswervingly move forward along this path. 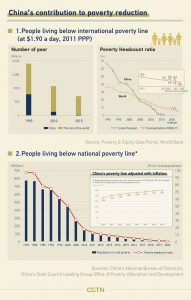 When the world needs solidarity and cooperation in fighting COVID-19 and addressing other global challenges, the U.S. and a few other countries have insisted on provoking antagonism by politicizing human rights issues, Zhang told the general debate.

“I would like to tell the United States, ‘Your political scheme will never succeed. Developing countries have the right to defend their sovereignty, achieve development and maintain security. It is time that you wake up to the failure of your successive attempts. Blaming others won’t solve your problems, nor hide your failures,'” he said.

It is the U.S. that should work to protect the basic rights of its people, Zhang stressed, noting that over 200,000 Americans have lost their lives to COVID-19. What the U.S. government needs to do is treat the sick and save lives, not spread its “political virus” and make trouble everywhere, said the diplomat. 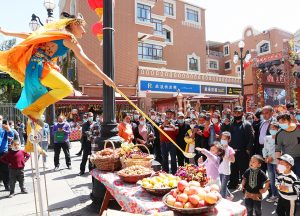 A joint statement made by Pakistan on behalf of 55 countries pointed out that non-interference in the internal affairs of sovereign states is an important principle enshrined in the UN Charter and a basic norm of international relations. The Hong Kong Special Administrative Region is an inalienable part of China, and Hong Kong affairs are China’s internal affairs that brook no interference by foreign forces.

In any country, the legislative power on national security issues rests with the state. The enactment of the national security law in Hong Kong is a legitimate measure that ensures “One Country, Two Systems” remain steady and enduring and that Hong Kong enjoys long-term prosperity and stability, according to the statement.

Cuba also made a statement on China’s policies in its Xinjiang Uygur Autonomous Region on behalf of 45 countries.

It noted that China has undertaken a series of measures in response to threats of terrorism and extremism in accordance with the law to safeguard the human rights of all ethnic groups in Xinjiang.

There have been no terrorist attacks in Xinjiang in the past three years. People of all ethnic groups enjoy their happy lives in a peaceful and stable environment. China maintains openness and transparency by, among other things, inviting more than 1,000 diplomats, officials of international organizations, journalists and religious personages to visit Xinjiang, who witnessed Xinjiang’s remarkable achievements, said the statement.

Chinese Foreign Ministry spokesperson Hua Chunying on Wednesday hailed the statements as “voices for justice,” adding that the attempt of a few Western countries to smear China by hyping up issues related to Hong Kong and Xinjiang failed again.

Hua also slammed the external forces for interfering in China’s internal affairs in the name of human rights.

(With input from Xinhua)