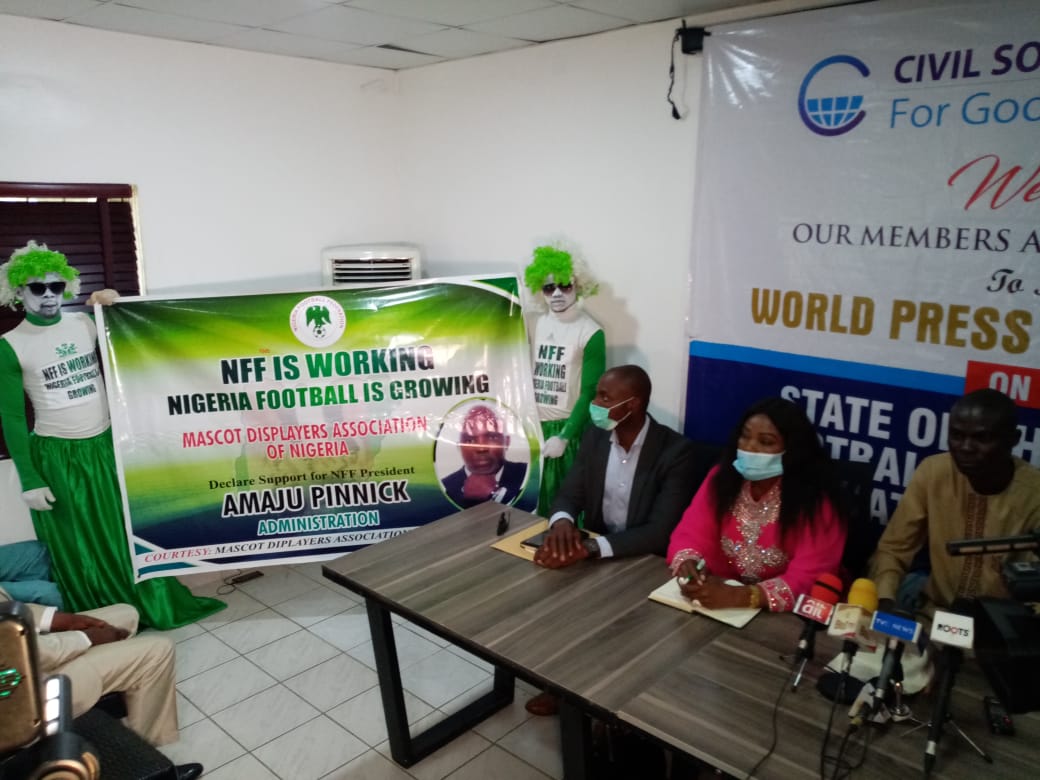 …Commence fundraise to support the campaign

A coalition of 87 civil society organizations known as Civil Society Network for Good Governance working in diverse thematic areas to advocate for delivering of public goods and services to the Nigerian populace have thrown their weight behind the president of Nigeria Football Federation, NFF, Mr. Amaju Pinnick’s ambition to run for Confederation of African Football, CAF, presidency come March 2021.

To this end, the coalition has equally vowed to embark on a fundraising drive to support the campaign of Amaju Pinnick for the CAF Presidency.

The group, in a world press conference on the state of the nation: Football Management and National Interest, Wednesday, October 14, in Abuja expressed that conspiracy against Nigerian football will meet resistance from citizens. 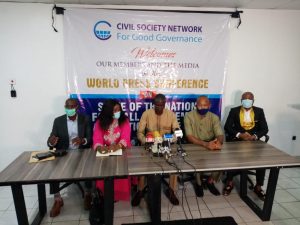 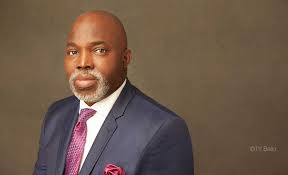 Speaking at the conference, the president of the Civil Society Network for Good Governance, Barrister Adefila Kamal, appealed to some unpatriotic elements to derail from their plan against Nigeria’s interests or they face the wrath of Nigerian.

According to him, this briefing is aimed at declaring their resolve to back the candidature of the NFF President for the continental’s top sports job, calling on all Nigerians to unite around this patriotic cause.

“We have noticed a worrying trend of excluding Nigerians from leadership positions in African multilateral organizations and in the world indeed. Even more worrying is the fact that Nigerians have been recruited to be a part of this dangerous conspiracy.

We were all witnesses to the opposition to Dr. Akinwunmi Adeshina’s Presidency of the African Development Bank, in the quest to prevent him from securing a second term in an office he was duly qualified to occupy and which he has delivered unprecedented reforms and achievements. The travails of our own  Dr. Ngozi Okonjo-Iweala in her bid for the position of Director-General of the World Trade Organization are also still fresh in mind as well as the attempts by some sister African countries and their agents to derail that quest.

“It appears that Africa is trying to tell Nigeria that, despite being big and having no history of exerting her will unduly on other countries, Nigerians cannot aspire to play at the highest levels in the decision making institutions.

“Today a very well qualified Nigerian (Amaju Pinnick) has an opportunity to become President of the Confederation of African Football (CAF), a position never before occupied by a Nigerian despite Nigeria being a footballing giant even at the world stage and being the only country that participates in all FIFA & CAF competitions for all age groups and genders. 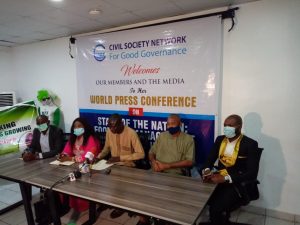 “The Pinnick led board has made unprecedented strides in making Nigerian football the beautiful bride it ought to have been all these years, attracting sponsorship and partnership suitors on a scale never before seen in football management in Nigeria.

“Nigeria can ill afford to have a group of “has-been” and “wanna-be” football leaders derail this progress and return football to the era of sole dependence on government funding, considering the fact that the government of President Muhammadu Buhari is seeking to diversify our economy and strengthen the revenue base of Nigeria.”

Adefila while itemizing the group resolution said; “87 member organizations of the Network shall be embarking on a fundraising drive to support the campaign of Amaju Pinnick for CAF Presidency, as we shall be doing for other suitably qualified Nigerians for international offices.

“Following the declarations of courts of competent jurisdiction in Nigeria, the continued persecution of the institution and leadership of the NFF is born out of malice and as consumers of the final product of football, we shall be taking these faceless cowards on inappropriate courts of law.

“The conspiracy against Nigerian football will be met with vigilance and confronted where malice is found to be a driving force behind the perpetrators.”

However, CSO then called on some unpatriotic elements trying to pull the country down to retrace their steps for the growth and development of football in the country: “We urge those who have been casting aspersions on the NFF, under the leadership of Amaju Pinnick, to retrace their steps and unite around national interests for the strengthening of that institution for sustainability over the long term.”

Speaking further, Bar. Adefila equally regretted how Amaju Melvin Pinnick led the board of the NFF has consistently been confronted with challenges ever since it came on stream from court cases questioning their legitimacy to series of spurious petitions alleging corruption which ordinarily ought to derail less determined or less patriotic people.

“NFF has in the last 20years been bedeviled with series of crises over the leadership that culminated in a number of leadership changes, with threats by the international body to ban the country on a number of occasions

“To date, the cabal that has been going around casting aspersions on the person of Amaju Pinnick, and spreading blatant falsehoods against the board and management of the NFF has never been able to present undeniable proof of their claims and yet they continue to throw stones at the very glass house they seek to occupy.

“Their scorch earth tactics have done enough damage and it is time they explore the legal means of getting the leadership of that institution, so as to preserve its integrity and sustain it on the path of development that Pinnick and his team have set it on.” The group said.