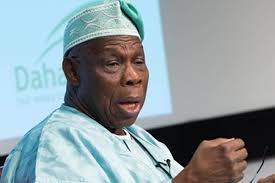 The former Nigerian President, Olusegun Obasanjo, has condemned the shooting of protesters demanding police reform and advised President Muhammadu Buhari to “restrain the military and other security agencies from using brute force as a way of ending the crisis.”

The Lekki incident has been condemned by many Nigerians including Governor Babajide Sanwo-Olu who has pledged an investigation into the shooting. The exact casualty from the incident is yet to be confirmed although Mr Sanwo-Olu said no one died while over 12 people were injured including two in intensive care.

Apart from the Lagos shootings, protesters have also been shot in states like Ondo, Oyo and Delta.