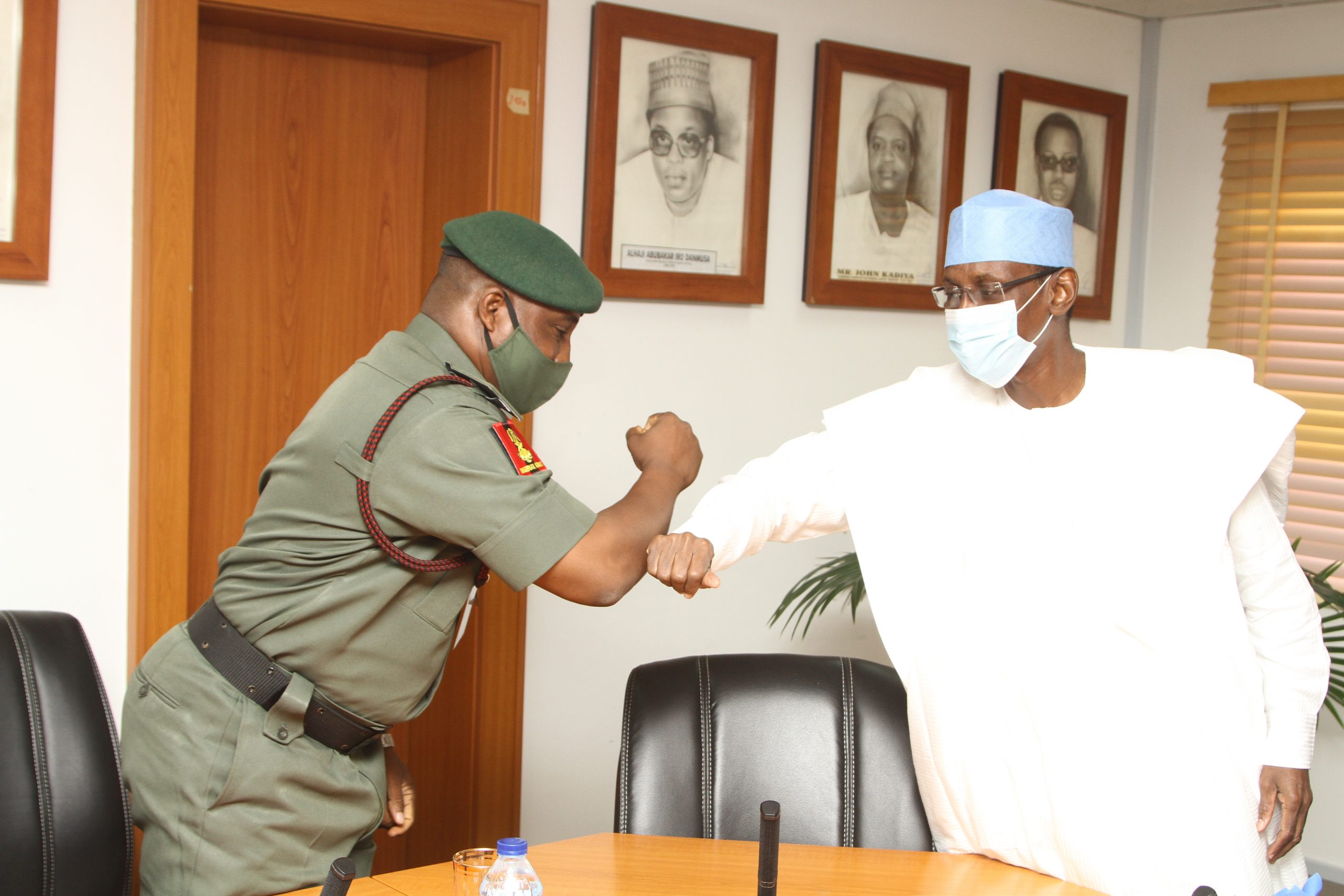 FCT Minister, Malam Muhammad Musa Bello, has pledged the support of the FCT Administration to security agencies in their duty of securing the nation’s capital.

Malam Bello made the pledge when he received a delegation from the Army Headquarters Garrison, Abuja,  led by its new Commander, Major General Ayuba Ted Hamman, on a courtesy visit to the FCTA.

The Minister who lauded the synergy amongst the various security agencies in the FCT, attributed the relative peace enjoyed in the Territory to the coordinated work of the security personnel.

Earlier, Major General Hamman had commended the Minister for the great work he has done in spreading development to all parts of the FCT, describing him as a silent achiever, worthy of emulation.

He appreciated the Minister for his support for the Nigeria Army and for promoting synergy among security agencies, especially through the regular security meetings as well as the provision of logistics when the need arises.