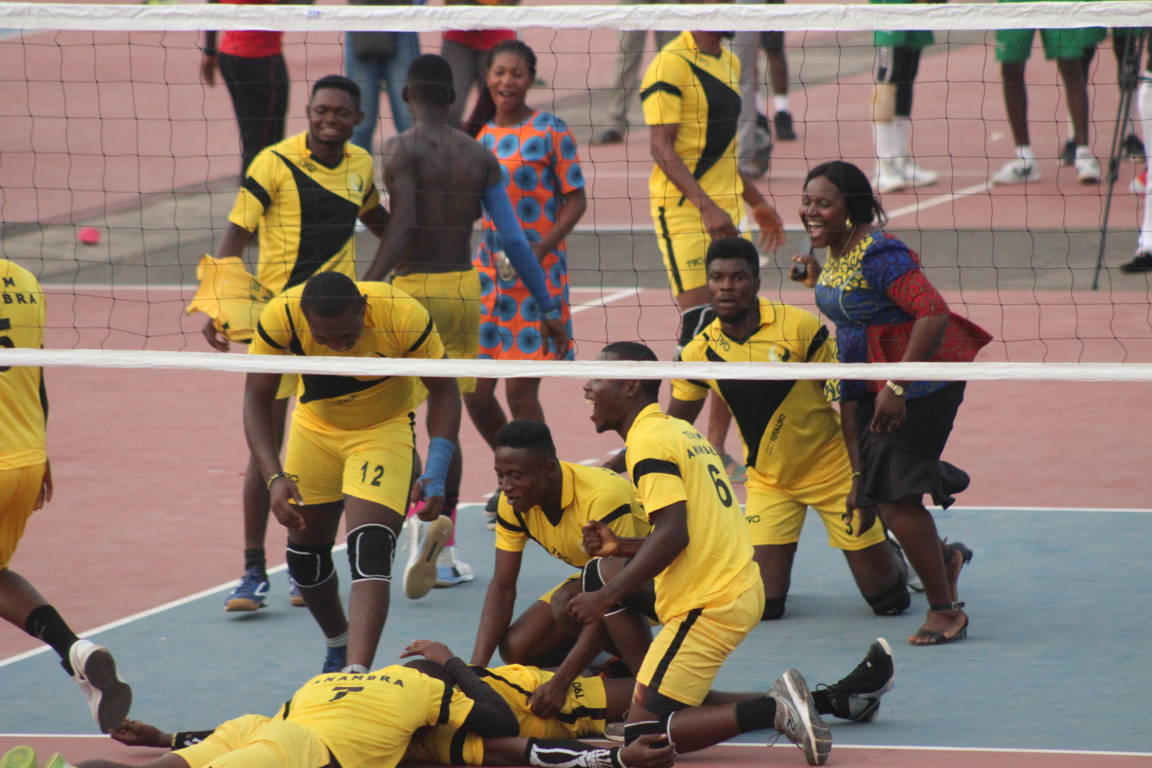 United States (US) based, Tony Ngwube said his plan is to make southeast Nigeria a hub of volleyball.

The former Anambra state player stated that he wants to nurture world-class volleyball players that can compete anywhere in the world.

He revealed that there is great synergy between him, coaches, and players adding that dilapidated courts are renovated in order to make life bearable for upcoming players.

He said, “My goal is to develop volleyball in the South East region of Nigeria to the point of bringing up to the world-class level.

“There are lots of raw talents in the region, good coaches, and players; I am trying to help to make it a whole lot better. I also want to bring it up to World Class level”.

The former Kano Super Star VC said, “The synergy between I, the coaches and players is high, you have to understand that I came out of the South East (Anambra state), that was where I began my career in volleyball; I will never forget home no matter what.

“I am in close contact with all the volleyball stakeholders to date and some of the players do not know me physically because they were very young when I was playing while others were not born. I am helping to rebuild a couple of volleyball courts that are bad and make the court much better; the players are excited about the vision but I told them that I need everyone on board to achieve my goal.

“It is not about money but teamwork; we cannot make it without everyone sacrificing, working hard/together, and honestly by God’s grace we are going to make it”.

The former Asniers Paris noted that the COVID-19 stopped him from organizing various national tournaments in the South West.

He said, “As far as hosting volleyball tournament is concerned, the COVID-19 has placed a lot of restrictions in Nigeria. After the lifting of the ban on sports, I will kick off volleyball programs and help sponsor lots of tournaments in the South East.

“One thing about sports is that it is not about how much money you put down but the organization of it. That is why I am coming down to Nigeria with all the experiences I have in playing professional volleyball in Europe; the organization is fantastic.

“If you can organize and have a program, a vision and mine is to start volleyball from the grassroots, the kids up to the adults and keep Volleyball played for literally every month thereby exposing the players to the public and potential sponsors out there will pick an interest. The sponsors have to see performance or media publicity of the program and I intend making volleyball the number one or two sports in the southeast”.