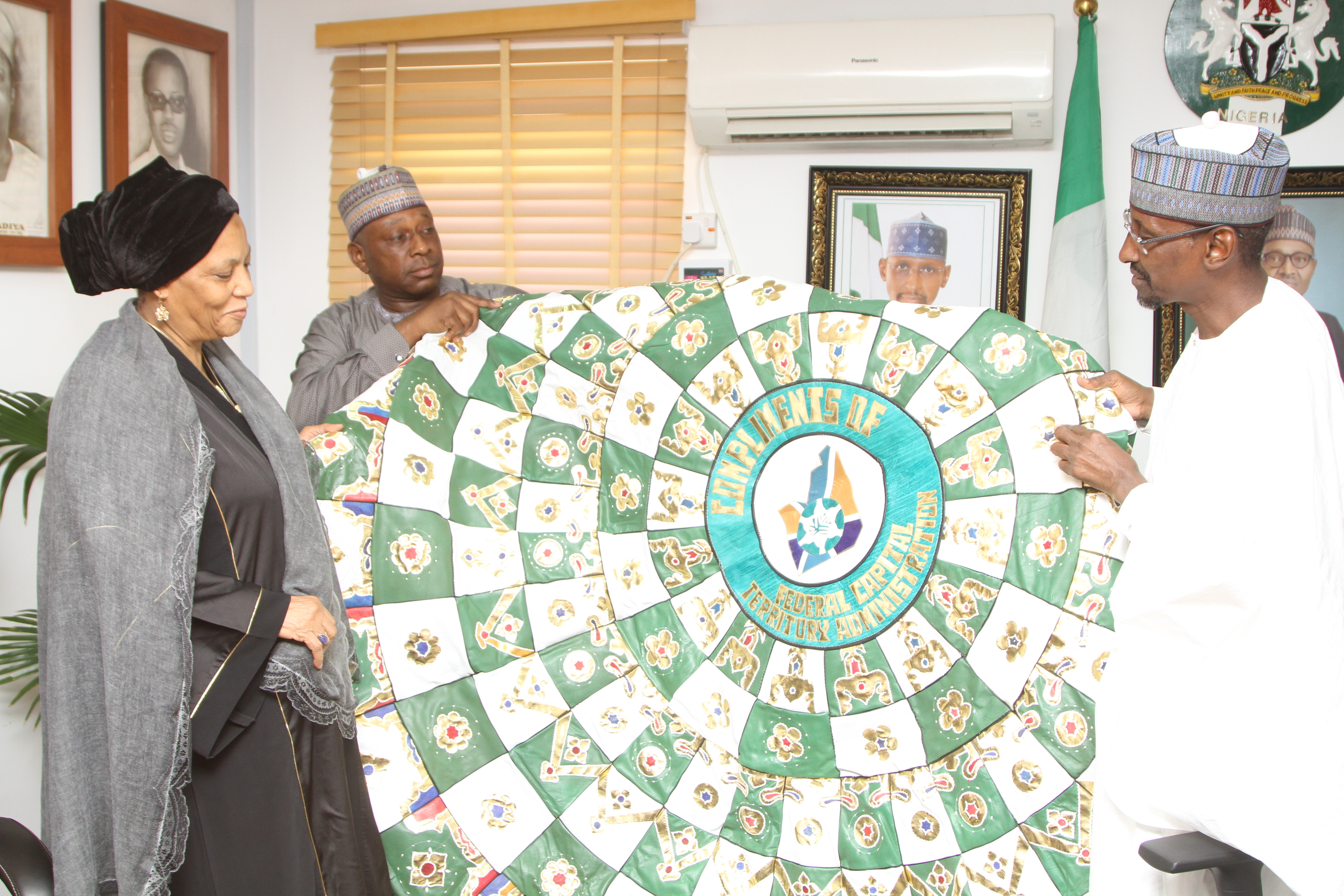 The Minister of the Federal Capital Territory, Malam Muhammad Musa Bello has pledged the support of the FCT Administration to the Judiciary especially in the quest of judicial officers to own their own homes upon retirement.

Malam Bello made this pledge during a farewell visit by Honourable Justice Zainab Adamu Bulkachuwa, President Nigeria Court of Appeal to the Hon. Minister.

Hon. Justice Bulkachuwa had, in her remarks, revealed that she would be retiring from the nation’s judicial service in the next few days on reaching the mandatory retirement age of 70 years and was in the FCTA to pay a courtesy call on the Minister to thank him for all he had done for the Court of Appeal and Nigeria as a whole.

The FCT Minister who described Justice Bulkachuwa as a positive role model thanked her for her service to Nigeria.

He commended the retiring President of the Court of Appeal her passion for the welfare of judges, especially, in their efforts to own their own homes.

In his words “I want to briefly acknowledge the passion that you have exhibited in terms of trying to ensure that judges in Nigeria get well accommodated because this is something you have always mentioned to me and you have pursued it vigorously in your office. I assure you that all your advice in this matter, especially the need for judges to retire to their own personal houses, I will also be among those who will champion that by virtue of my office”.

He also appealed to Justice Bulkachuwa to make herself available when called upon to offer advice when the need arises. He said “ we will appeal that you open your doors for us so that when the need arises for us to come and tap out of your immense wisdom, you will be able to support us because there are so many agencies of the FCT Administration that will be able to really tap from your wisdom and experiences”.