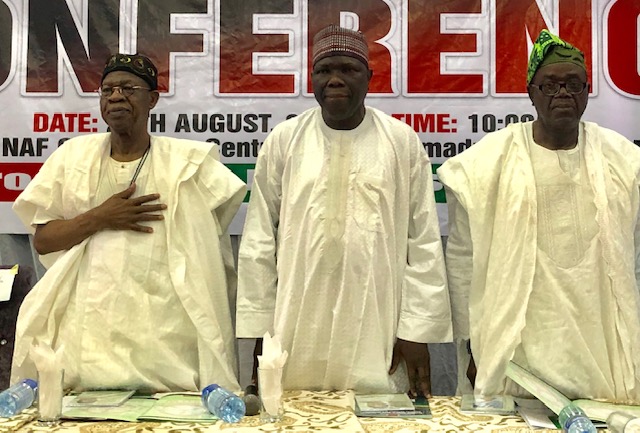 The Minister of Information and Culture, Alhaji Lai Mohammed, has called on the National Union of Road Transport Workers (NURTW) to support the government in its ongoing efforts to rid the nation’s highways of violent crimes.

The Minister made the call in Abuja on Thursday at the 9th Quadrennial Conference of the NURTW.

According to him, let me use this important occasion to once again call on you to support this government as it evolves innovative measures to tackle the challenge of insecurity on our roads.

”The Union can specifically support the government in the fight against insecurity by providing timely information to the security agencies, particularly on all the black spots on the nation’s highways. Whether on intra or inter-state journey, your members
crisscross the length and breadth of this vast nation and, collectively, have great access
to information that can help to make our roads safer.

“As government continues to frontally tackle the menace of insecurity, it is incumbent on all of us to collaborate in order to address the kidnapping, armed robbery and other forms of insecurity on our roads,” he said.

Alhaji Mohammed, who said he is aware that the NURTW has borne the brunt of the years of infrastructural decay, especially in the area of roads, and insecurity on the highways, commended the organization for its abiding faith in the country as it has persevered against all odds.

He said the Buhari Administration is reversing the trend of insecurity infrastructural decay by evolving innovative ways to fight insecurity and making massive investment in the provision of critical infrastructure.

“The security agencies are adopting creative ways, including the deployment of technology, to stem the tide of insecurity on the highways. The government is also investing massively in the provision of critical infrastructure to enable you to discharge your duties effectively and efficiently. As a matter of fact, no government has invested more in infrastructural development than the Buhari Administration. As I speak, there is at least one federal road under construction in each of the country’s 36 states and the federal capital territory,” the Minister said.

He said the setting up of the $650 million Presidential Infrastructure Fund is aimed at accelerating the ongoing construction work on the Second Niger Bridge, Lagos-Ibadan Expressway, East-West Road, Abuja-Kano Expressway and the Mambilla Hydro-electric Project.

“There is no better demonstration of President Buhari’s commitment to deliver on critical infrastructure across the country,” Alhaji Mohammed.

The Minister also tasked members of the NURTW to always ensure the safety of their passengers by obeying all traffic rules and regulations, shunning drug abuse and thurggery.