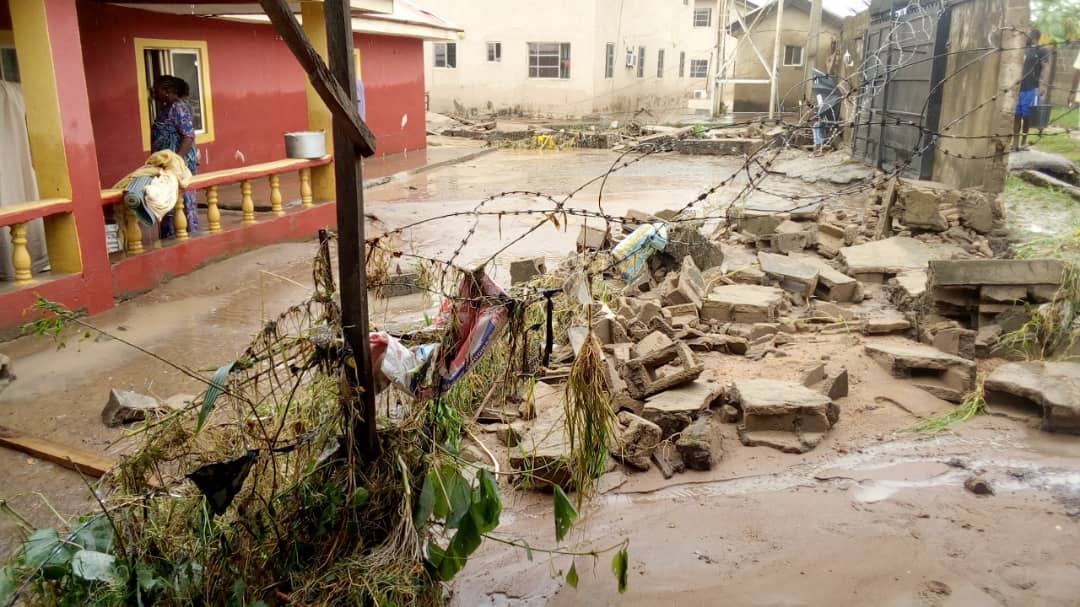 The Victims of flood at the Riverside Community  along Kuje Road has called on the FCT Minister and other relevant agencies of the federal government to come to their aid as over 60 houses were destroyed as residents has been rendered homeless in the community. 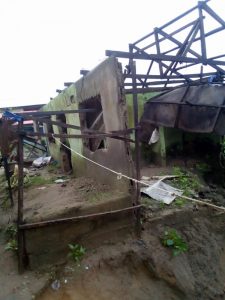 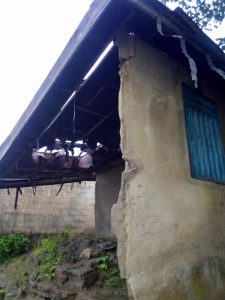 Some of the residents who spoke with newsmen in Abuja, said that this was the first time such incidents was happening in the community urging that they need shelter.

Speaking also, the Retired Warrant Officer  Mr. Simon Omale, a said that all his life savings after retirement was used to build houses for rent which was all destroyed.

“On July 25, 2020, we woke up to see flood, overwhelming us, the water was coming both back and front, the level of the water was uncontrollable. This compound was what I invested all I had after my 31 years of service in the Navy, the flat is on rent; this is where I get money to take care of my family and my aging parents.

“As you can see there are no single tenants again, they have left because there is nowhere they can lay their head, the water was up to the ceiling in the rooms and outside.

“The flood is caused by Dan that was opened because we have never experienced that before, we really want the government to help us by relocating us as a short time solution  but for a long term solution,  I will suggest that the water be dredged so that the water can go deep, even with the water retaining wall the flood destroyed it.”

Omale said that a lot of the victims had farm land that was destroyed by the flood rendering them homeless noting that NEMA official came around and wrote names of displaced victims noting that they didn’t come around afterwards.

“The NEMA people came and wrote names, they said we will hear from the Government until now, we have not heard anything,  all we are asking is for the minister of FCT to help us because we are homeless.”

On his own, the Chairman of the Community Mr Joesph Okeji, said that people have been leaving in the community for over 30years now and there had been no case of flood since.

He called on government to come to their aid to assist all the tenants and landlords affected by the flood.

“This is the first time in history,  this is happening,  that we are experiencing flood which has rendered both tenants and Landlords homeless, we want the  government to help those of us that are homeless.”

Another,  residents,  Mr. Nuhu Yahaya, however pleaded with the government that they have no place to go to adding that NEMA should come to their aid since they were there early to take down their names immediately the flood occurred.

He further stated that 60 houses were affected by the flood.