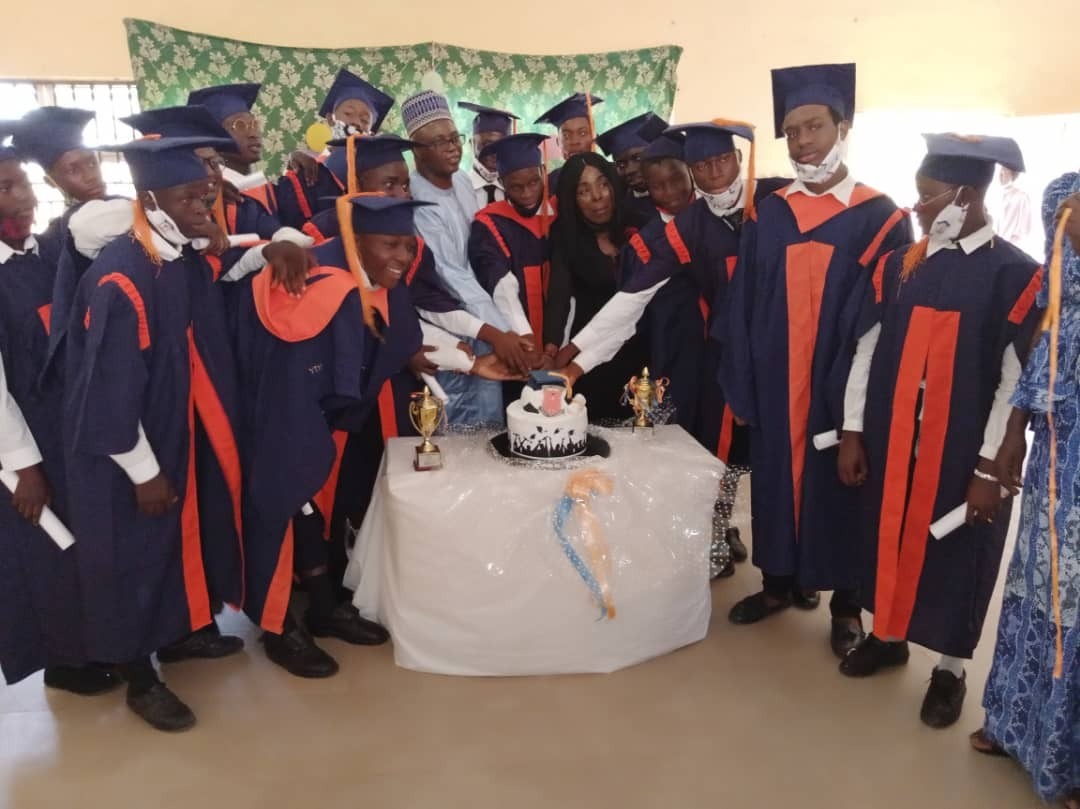 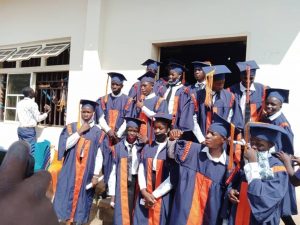 In her welcome address, the principal of the school, Ms Ebhodaghe Josephine enumerated the strides the school recorded within the academic year to include how the management of the school made best use of the Covid-19 lockdown to hold e-learning for the students at no cost.

While noting that a total of 28 students were honoured in the ceremony in which deserving students received various awards for their excellent performances socially, academically and character-wise, she described the period of the covid-19 lockdown “as strange” that the school, like every other sector in the country, was impacted greatly as the smooth running of the day-to-day activities of the school were hampered.

While thanking the graduating students for their exemplary life in the school, she encouraged them to be worthy ambassadors of the academy.

“It is a great delight to welcome you to this 7th graduation ceremony of 28 students who have completed their three and six years course and are taking the bold step of moving into the ever-demanding society for the actualization of their divine talents.

“To be frank, this session has been strange and tasking owing to the emergence of the deadly coronavirus, COVID-19 which impacted on the day-to-day activities in which educational institutions are used to but in all, we have been able to pull through due to timely advice and prayers which acted as support and has led us this far.

“The school, FOSLA Academy, started this journey to greatness with 23 students in the 2011and in the year 2017 graduated its first graduands who have gone on to excel in their respective endeavours within and in diaspora having taken in moral values, academic resourcefulness, and an innate ambition to be the best in the world,” she said.

She enumerated achievements the school recorded within the session (2019-2020) to include adaption and embarking on e-learning during the pandemic to ensure students were active academically during the six months national lockdown which was at no cost; enhanced motivation and timely intervention during the pandemic carried out in order to put members of the staff in the right frame of mind; a student of the school (Derrick Kalu) emerging first in a national essay competition (senior category) organised by System Specs during the 2020 Children’s Day celebration in May.

Others are: success in all external examinations put in for the students; running the academy in spite of the obvious challenge posed by the pandemic; construction of an athletic track in the academy to host standard athletic needs; creation of FOSLA Football Club, FFC to serve as the bedrock of the FOSLA DREAM as well as the construction of a standard stadium to cater for the FOSLA Football Club, FCT Football development, etc.

Highlights of the ceremony was the presentations of awards to deserving students of the academy with a total of 20 students all making it to the podium.

In SS 2, the award of best student went to Emmanuel Yakubu just as the school Head Boy, Bulus Yusuf was recognised as the best student in SS 3.

In the senior class, Samuel Abdul got the award for SS 1, Janet Bawa for SS 2 and Habib Kazeem for SS 3.

Awards were also presented to deserving players of the academy with Ubebe Silas being crowned as the Most Valuable Player, MVP in the junior category. Aminu Nasiru won the Highest Goal Scorer for the same category while Gabriel Shedrack was recognised as the best goalkeeper for the junior class.

In the female category for the senior class, Bawa Janet collected double awards as she emerged the MVP and Highest goalscorer while Folorunsho Fumilayo emerged best goalkeeper.

In his valedictory speech, the Academy Head Boy, Bulus Ezra Yusuf thanked the management of the school, staff and fellow students for the great sacrifices, love and support they gave them and promised that they will be good ambassadors of the Academy.

He thanked and appreciated the proprietor of the school, Alhaji Sani Lulu for given them the privilege and opportunity to see through secondary education.

Eminent personalities who graced the occasion include the Paramount ruler of Karshi, the host community of the academy, Alhaji Ismaila Mohammed Danladi who is also the Chairman of the school board.

Others are, Group Captain Tanko Adamu, Prince Tanko Suleiman Abubakar, the Galadima of Karshi and a host of others.

The 2020 FOSLA Academy 7th graduation ceremony was celebrated in strict implementation of COVID-9 guidelines as stipulated by the National Centre for Disease Control, NCDC as hand sanitizers, wearing of face maskuse of temperature check and social distancing were used and observed.

FOSLA Academy was established in 2011 with the aim of giving the less privileged members of the society the opportunity to acquire sound education and at the same time actualize their football talents. Over 75% of the students are on scholarship   courtesy of the benevolence and magnanimity of former Nigeria Football President, Alhaji Sani Lulu Abdullahi.