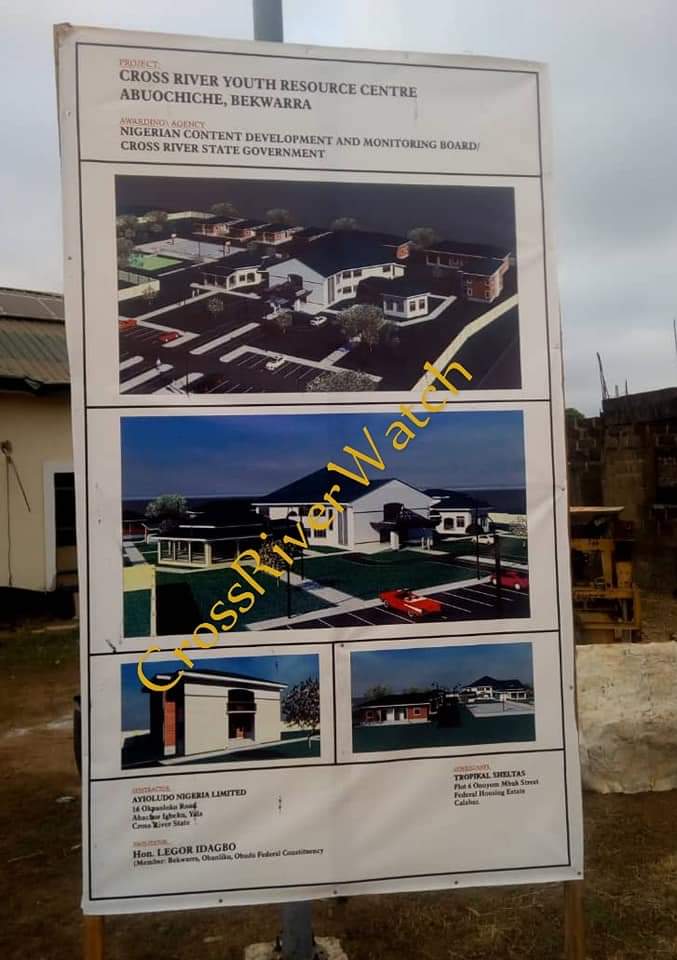 It’s becoming more Worrisome this day as the level of misappropriation, fraud and misapplication of the country common wealth by those elected to represent Nigerians at the federal House of Representatives called for urgent attention.

Speaking at the press conference in Abuja, the leader of the group Mr Hon. Sunday Micheal with the theme: “Unraveling the truth and myriads of shaddy issues sorrounding the constituency projects scam in Bekwarra/Obudu/Obanliku federal constituency.”

Said On the September 25, 2020, the sum of one hundred and twenty-two million, eight hundred and nine thousand, seven-five naira (N122,809,075.00) was awarded by the Nigerian Content Development and Monitoring Board (NCDMB) for the execution of ICT Centre in Bendi Technical School, Bendi, Obanliku local government area of Cross River State.

according to him, Instead of improving the educational system, Hon. Legor Idagbo would rather see the system crumbled than improved”, Bendi Technical Old Boys and Girls. However, the money ended up in the hands of a contractor, Ibex Train Nigeria Ltd, who only renovated  two classrooms from the Technical School, rather than building the ICT centre.

The Gleamer News gathered that Ibex Train, an Abuja-based contracting firm, is an affiliate of Legor Idagbo, who also doubles as the Chairman, House Committee on Local Content, Federal House of Representatives.

In the notification of contract with reference number “NCDMB/DLS/002/201”, was signed by Mohammed B. Umar, Director, Legal Services, NCDMB on September 25, 2020 available to Aljazirah Nigeria states

“We are pleased to communicate to you the decision of the Management of the NCDMB to award to your company, contract for the execution of NCDMB ICT Centre in Bendi Technical School, Bendi Obanliku, Cross River State.

“The contract is N122,809,075.00 inclusive of taxes and shall remain fixed throughout the duration of contract. The contract duration shall be for a period of 6 months which shall take effect from the commencement date of this contract”, the letter read in part.

AljazirahNigeria Preliminary investigation by some Old Boys and Girls of the school revealed that what constituted the contract was not properly captured.

Mr Felix, An alumnus of Bendi Technical School, said he raised the alarm of the contract scam because he is also an Old Boy of this school as well as an indigent of this community.

“I saw the contract awarded by the NCDMB to Ibex Train Ltd. The company, according to the information at my disposal met with the School Principal and asked that he should provide two classrooms where the ICT Centre will be situated. I don’t know what later transpired but all of a sudden, I saw them working on this same single classroom (which is looking dilapidated without ceilings, windows and doors) – a JSS2 classroom as of when I was still a student here.

One of the staff of the school, Mr Francis whom the project was in his hands to monitor, said the school administration is aware of the project.

He said: “When I came here, I discovered that the window and other things were being removed, I called the Vice-Principal and told him about it and he said he is aware of the project and was there himself. He said the Principal is also aware of the ongoing project”.

Explaining further, Francis said that “Some People came from Port Harcourt last time saying they want to install the Internet in the school – so, the administration is aware of the project”.

However, efforts to contact Rt. Hon. Legor Idagbo based on his position proved abortive as he did not answer his phone calls neither did he responded to text messages sent to him at the time of filing this report.