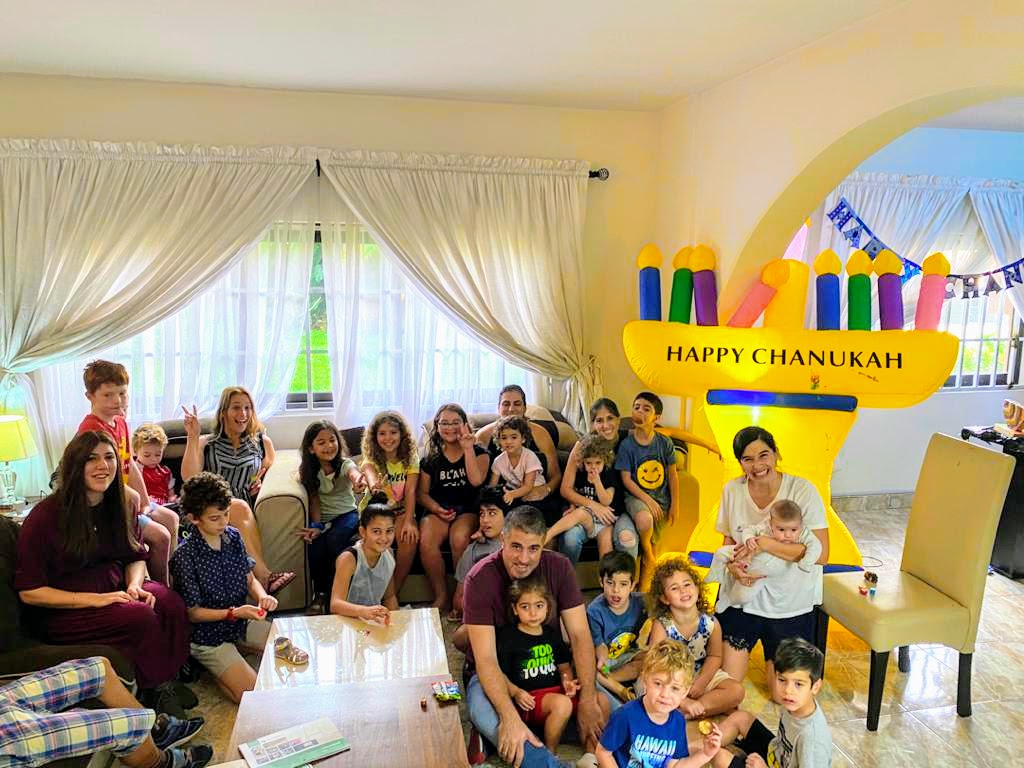 When Mendy Sternbach first traveled to Nigeria from Brooklyn, N.Y., in 2014 as a 21-year-old rabbinical student to help out for the High Holidays, he didn’t expect that someday he would be putting down roots in Africa. But year after year, something drew him back—and now he and his wife, Mazal, are about to embark on establishing what will be Chabad’s eleventh permanent presence in sub-Saharan Africa, in the continent’s most populous city.

While simultaneously studying in New York and Israel to earn his rabbinic ordination and rabbinical judicial degrees over the past six years, Sternbach returned to Nigeria for almost every Jewish holiday.

He occasionally remained for extended periods of time to assist Rabbi Israel and Haya Uzan, who established a Chabad center in the Nigerian capital of Abuja in 2012 and have since provided the necessities for Jewish life to the 1,000 or so Jews living in the country.

Despite the challenges of a new continent and culture, Sternbach told Chabad.org that “the overwhelming support from the local Jews and the never-ending work,” gave him the impetus to return each year.

“The community was always asking: ‘When will you be back?’ ” said the young rabbi.

Sternbach, who is 27, and his wife, who is 22, will now be opening their own Chabad House to serve about 450 Jewish residents in the coastal city of Lagos, Nigeria—Africa’s most populous city of 17.5 million and the continent’s fourth-largest economy.

At a time when many organizations and foundations serving the nation are cutting back on their activities—Nigeria has recorded 60,000 coronavirus cases and 1,200 deaths to date—Chabad has been more active than ever before.

“As the High Holidays were approaching, many people told us they were concerned about the coronavirus and didn’t plan on joining, said Sternbach. “So we spent a lot of time thinking of ways to create open spaces and safe-distance seating for services.  Just a day before Rosh Hashana, we had so many people wanting to join that we needed to change locations to safely accommodate the over 70 people who wanted to join.  At the end it was so successful, that for Sukkot we needed to redesign our sukkah to safely house everyone,” said the rabbi.

Despite the current challenges, the Sternbachs are upbeat about the future.

“Nigeria has tremendous economic potential and with its growth, the Jewish community is expected to grow as well,” said Sternbach.

“We will be here with the infrastructure in place, ready to serve their needs and achieve the directive of the Rebbe [Rabbi Menachem M. Schneerson, of righteous memory] to bring Torah study, the permanence of mitzvahs, and the love of G-d and Jewish tradition to every place in the world where Jewish people can be found,” he declared.

Following her graduation from Beth Rivkah high school in Yerres, France, and seminary in Montreal, Mazal Sternbach served as a teaching assistant in Wisconsin.

“While in Milwaukee, I received a call from Rabbi Uzan asking me to come to Nigeria to help him with educational programs,” she said. “It was an amazing experience.

The community in Abuja was so welcoming. I was involved in directing the preschool, an online school, running children’s programs, CTeen, Shabbat and holiday programs.

Nigeria is such a unique place, and I feel so lucky to be a part of this beautiful project.”

The Sternbachs were married in Paris in 2019 and are about to embark on establishing the latest Chabad center under the auspices of Rabbi Shlomo Bentolila, Chabad-Lubavitch emissary to Kinshasa in the Democratic Republic of the Congo and director of Chabad’s operations in ten nations in Central Afric…