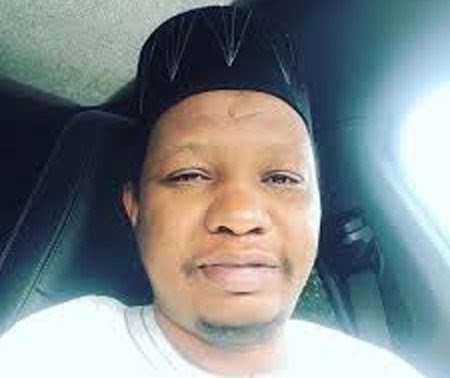 The Management of Galaxy Transportation and Construction Services Limited has debunked the allegations of fraud against its Managing Director, Mr Babagana Dalori by the Economic and Financial Crimes Commission (EFCC).

The management said this in a statement signed by Mr Cletus Enejo, on behalf of the management and made available to newsmen in Abuja on Tuesday.

Enejo said it was untrue that its MD’s detention was based on fraud and/or running of phantom schemes.

According to him, what is at stake is that our company could not meet its obligations to its clients within the time expected of it for reasons beyond.

“As such, some investors who were not satisfied with our explanation and efforts currently put at recovering the loss, petitioned the EFCC even though the matter was civil and not criminal.

“As an obedient citizen of the country, the MD turned in and gave himself to the Commission’s interrogations.

” Prior to this, the company has been consistently providing the Commission and other relevant regulatory bodies with weekly reports detailing them of its income and spending.

” It is therefore obvious that our failure to meet our obligations has nothing to do with either misappropriation of funds, fraud or even bankruptcy.”

Enejo added that the company had not declared that it was not in position to settle its obligations to its clients.

He, therefore, said that the arrest of Dalori only tarnishes his hard-earned reputation and the company unnecessarily despite the fact that the case was civil.

” Needless to add, his continuous detention is hugely slowing the company’s efforts to recover from its losses and begin to settle its clients.

“The company has provided over 250 Nigerians with employment who are currently in its payroll, besides other indirect opportunities and the arrest of our MD is also endangering the livelihood of these Nigerians.”

Enejo added that right now, the company’s consultants and other financial firms have been engaged to determine the fastest way to pay the clients based on the incomes generated.

He said the company hope to develop a payment schedule based on their recommendations and begin payment disbursements in the next few days.

He said the management had also been meeting some of the investors at various levels since these incidents occurred so as to discuss how best they could be settled.

It would be recalled that Dalori was arrested by EFCC following a petition by some of its clients who are disgruntled by the inability of the company to settle their payment as a result of several factors.

Dalori, 35 and a 2010 graduate of Electrical/Electronics, University of Maiduguri is the Managing Director, Galaxy Transportation and Construction Services Limited.

The transport company has been in business in over five states in the country with its headquarters in Abuja for the last nine years since 2010.