A trader, Mr Musbau Yekeen, has told a Grade A Customary Court at Mapo in Ibadan to put an end to the 12 year-old union between him and his estranged wife, Tawakalitu on ground of infidelity.

Yekeen, a resident of Apete area in Ibadan, Oyo State, said he willfully agreed to the divorce suit filed by his wife because she had all along been an embarrassment to him.

“The major cause of conflict between Tawakalitu and I had always been her promiscuity and I’m never convinced of her excuses.

“Tawakalitu eventually got me arrested and detained by the police recently due to my usual complaint about her waywardness.

“While I was in the police custody, my brother and friends brought me various reports that the same man that was having unholy romance with her had continued with her with reckless abandonment.

“Out of anger, I told her to leave my house immediately.

“Please, Tawakalitu is in possession of my land documents, I want them,” Yekeen said.

Tawakalitu had in her earlier testimony, said she filed the suit in order to avert a sudden death that could befall her as a result of frequent assault from her husband.

She further said that she sometimes swore on the holy Quran to prove her innocence that she was not promiscuous.

“In fact, I moved out of his home when I could no longer cope with Yekeen’s battery.

“My lord, the man Yekeen complained about is an Alfa and he only comes around to keep me company.

“Also, Yekeen comes to my shop often to beat up my male  customers.

“So, the Alfa comes to me whenever Yekeen is not around,” Tawakalitu argued.

The President of the court, Mrs S.M. Akintayo pronounced the marriage dissolved and granted custody of the three children produced by the duo to the petitioner.

Akintayo ordered the respondent to pay a monthly feeding allowance of N15,000 for the children’s upkeep.

Akintayo also directed Tawakalitu and Yekeen to be jointly responsible for the education and other welfare of the children.

She advised the duo to maintain peace and order. 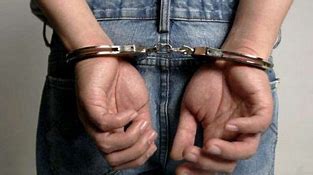 A magistrate court in Abeokuta  On Friday jailed One Okiki Ojelabi,19, To Two Years Imprisonment For Intentionally Purchasing A Stolen Phone.

Ojelabi, Whose Address Was Not Provided, Pleaded Guilty To A One-Count Charge Of Receiving Stolen Property.

The Magistrate, Mr S. S. Shotayo, Convicted Ojelabi After He Pleaded Guilty To The Charge.

Shotayo Then Sentenced The Convict To Two Years Imprisonment Without An Option Of Fine.

Earlier, The Prosecutor, Insp Olaide Rawlings, Told The Court That The Defendant Committed The Offence On May 28, At Rounder Area Of Abeokuta.

Rawlings Said That The Defendant Unlawfully Received One Tecno Phone From One Waris Shoaga, Knowing Fully Well That It Was A Stolen Phone.

The Prosecutor Said That The Defendant Purchased The Android Phone For N6,000 From Shoaga.

According To Her, The Offence Contravene Section 427 Of The Criminal Code Of Ogun 2006