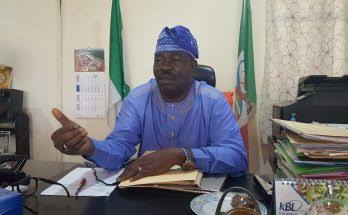 … Calls for sanity in the use of the Act
Admin
The Director-General/ Chief Executive Officer of the National Biosafety Management Agency (NBMA), Dr Rufus Ebegba has written a letter of complaint to the Attorney General of the Federation and the Honorable Minister of Justice, Abubakar Malami over the misuse of the freedom of information act by the International Institute of investigative reporting (ICIR).
The DG/CEO in a letter with the title “complaint against the International centre for Investigative Reporting (ICIR) for malicious and abusive use of information obtained from the National Biosafety Management Agency under the provisions of the freedom of information act: call for investigation and prosecution”, became necessary as a result of the misuse of information provided by the NBMA to the ICIR.
Dr Ebegba said there was the need to bring the attention of the Attorney General to the malicious publication by the International Centre for Investigative Reporting (ICIR) which was calculated to tarnish the image of the National Biosafety Management Agency (NBMA).
He said “this kind of sensational journalism that is hasty to castigate and founded on fallacy is considered to be most unfair and uncharitable to the NBMA since the information upon which the said report is based was obtained from the NBMA in its meticulous compliance to a Freedom of Information Request as provided for by the Section 3 of the Freedom of Information Act, 2015”.
“The ICIR by its publication constituted itself into an investigator, prosecutor and judge where it further adjudged the NBMA to be guilty and proceeded to publish its highly flawed conclusion to the world in what seems to be a hatchet job that is  carried out on behalf of the detractors of the NBMA who in their manner to, by all means publish damaging contents about the NBMA”.
“The NBMA, in humble terms, is one agency of Government that has striven against all odds to comply with the extant standards and public procurement procedures as laid down by the Federal Government of Nigeria in accordance with the Public Procurement Act. Therefore, it has nothing to hide with regards its procurements”.
“However, it will not serve the interest of good governance where unscrupulous persons capitalize on the transparency of an agency of Government like the NBMA to publish cheap and unsubstantiated conclusions in order to serve interests, who work against the interest of the government and people of Nigeria. The idea of government offices and officials been demonized will not go well for the interest of the nation. There is need to stop this practice for us to have a sane nation, impunity must be stopped.
Dr Ebegba said the NBMA stands by the contract figures in the records it made available, being the result of a painstaking exercise by its Procurement Committee.
He requested that an investigation be initiated against the ICIR with regards to its intention, considering its deliberate misrepresentation of facts which it obtained through a Freedom of Information Request.
The DG/CEO said it is important that this growing practice of misusing and abusing government information especially by online media publishers be discouraged in order to save the responsible application of the Freedom of Information Act.