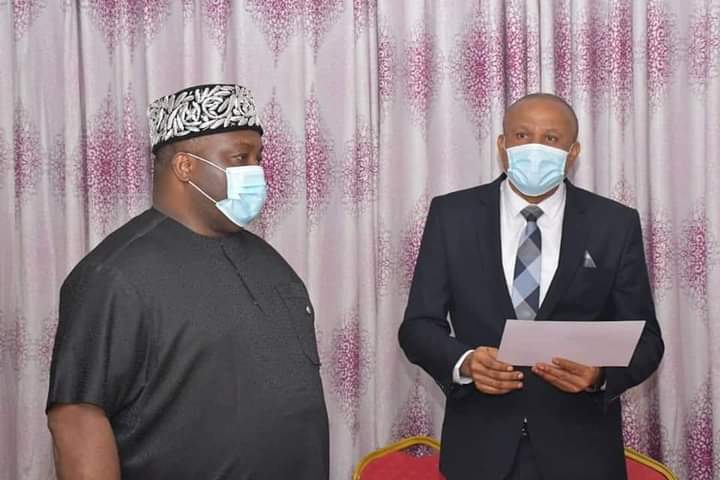 1. That the election was held.

2. That Sen Ubah won fairly in a decent contest. No petition. No protest.

3. That NFF is looking for trouble again. REAL TROUBLE. Those who know go tell u. Ubah is a Lion loved by God.

4. That a state government can not stop a virtual election of a football body.

5. That State FAs are not under the Government bcos they are NOT funded by state governments.

6. That it is the NFF that is under the Government bcos it collects money from Government to operate without giving a dime to the State FAs but to the football Eagles and “Human Eagles”

7. That truly NFF has been hijacked and no amount of efforts or a special “military”task force can retrieve it for now.

8. That football stakeholders South East should SPEAK up now.

9. Why is it only in the South that NFF will always create crisis. Kano crisis was worse but “resolved” by NFF.

10. That football should be used to unite and not to divide us.

11. That I pity my brother and friend, Amaju. Except he will do a 3rd term, I don’t see how he can be proud of all of these as a “Former NFF President” when the time comes.

In a civilised world, a man like Sen Ubah should be begged to be chairman of a state FA bcos he has shown too much commitment to football development in that state. He should be challenged to do more.

I just hope he is not being molested and may be weakened bcos of the next NFF election. What will be , will be. If that is the will of God, no man can stop him.