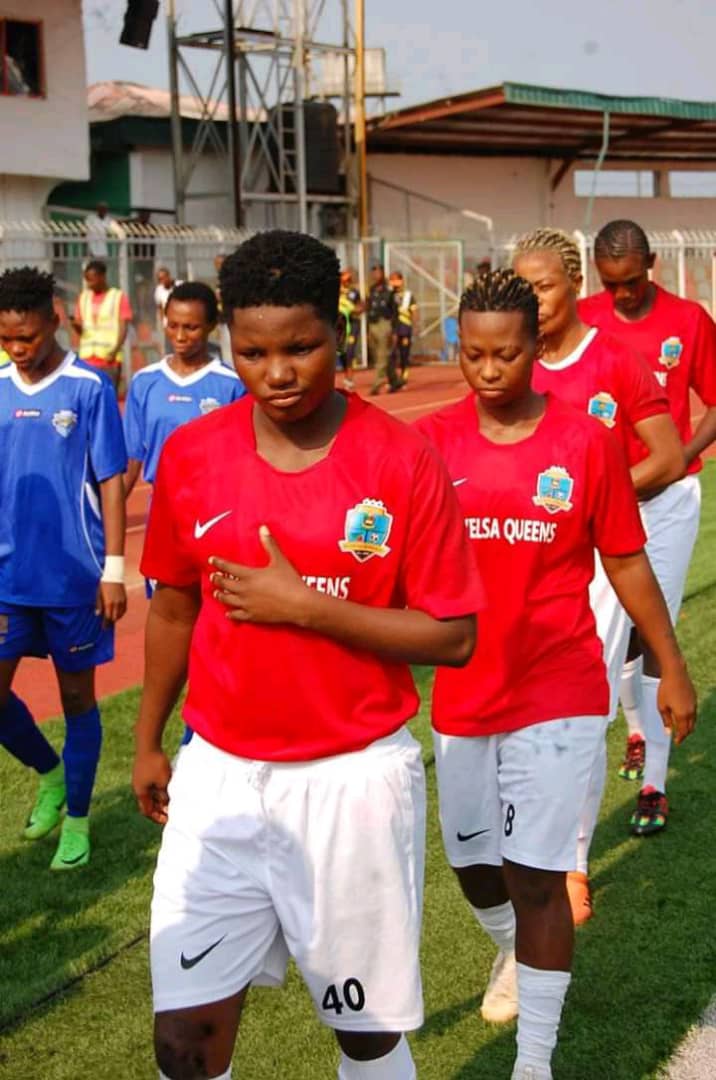 NWFL Premiership returns to action this Wednesday following the Christmas break with several sides hoping the fortnight’s inactivity could change their fortunes, while others will be hoping the few days off would have done nothing to interrupt their form.

Seven Matches will be played across seven centers on Wednesday.

In Warri, Royal Queens will be hoping to record their second victory at home this season, DreamStar Ladies have another tough test in Ibom Angels at the Agege Township Stadium, while Pelican Stars of Calabar will battle FC Robo Queens in Lagos.

The action is incessant and persistent. Here is a short preview of the 2021 NWFL Premiership week 4 from www.thenwfl.com.

Rivers Angels have recorded two away draws in their last three matches and will welcome Abia Angels on Wednesday.

Rivers Angels Manager Edwin Okon knows how important it is to get their second victory at home as they target qualification for the Champions League.

A must-win game for Nasarawa Amazons, having lost their first three games in December.

Christopher Danjuma is expectant the same as the teeming fans of the ‘Solid Babes’ as they have a date to keep with  Delta Queens on Wednesday evening.

One goal in three matches compared to Delta Queens seven goals in three, shows that Nasarawa Amazons have a lot of work to do against the ‘Okowa Ladies’ at the Lafia City Stadium.

Experienced Kafayat Ajani is back to the squad after some time out, Adejoke Ejalonibu, Amarachi Okoronkwo, Dooshima Tarnum, and others are all available for this encounter.

Will Bayelsa Queens make it four wins in four games after Wednesday’s encounter with Confluence Queens? That is the question on every lip of the NWFL Premiership followers.

Confluence Queens under Whyte Ogbonda are seen as a team that can spring out surprises when least expected. Moses Aduku and his girls are confident and are raring to go into the game o Wednesday. In-form Anjor Mary, Joy Jerry, Ruben Charity will be looking at extending their unbeaten run in the league.

Heading into the Wednesday game, Coach Anya Ugochi must be thinking about getting her first victory of the season as she faces Ibom Angels on Wednesday at the Agege Township Stadium.

Both teams didn’t start the season on a good note and Moruf Adeyemo must be aiming at getting a positive result against the ‘Galactica’s’.

Ayatsea Hembafen, Anuoluwapo Salisu, Juliet Iroele, and others will have to work hard to win against the very determined ‘Orange Ladies’.

Coach Yinka Adunola has spoken of the importance of keeping the momentum generated against Pelican Stars ahead of the tie in Warri against Royal Queens.

Royal Queens are a very difficult team to beat and Coach Paul Mene will be in the dugout without his faifhful assistant Ifunanya Patricia who controversially resigned from her position some days ago.

Both sides play free-flow attacking football and create a lot of chances on the flanks. Yemisi Samuel, Habibat Agbaji, Sarah Iloduba, and others will be hoping for a great result in Delta, while Bukola Oni, Chioma Olise, Chika Idika, Rosemary Adesina will all want a comprehensive victory against the Omoluabi Queens.

A big test for Rowlandson Odeh and his players.  Sunshine Queens hardly lose at home and thus have a good team and an experienced Manager in Wemimo Matthew.

Odeh leads his players to their second away game this season and it’s against a side well known for their superb style of play.

Elizabeth Zirike and Sandra Chichi will be going back to Akure, where the fans still cherish them, having dorned the Orange jersey of Sunshine Queens in the past.

Patricia Innocent, Seun Fakunle, Goodness Ihuoma and others will be seeking for nothing but victory when the battle gets off on Wednesday.

Osahon Emmanuel is a manager who has a great connection with his players on the pitch of play. The charismatic coach will be playing against a Pelican Stars team who lost 3-0 to Osun Babes in December.

Charismatic captain Gift Monday scored a hat-trick in their last home game against Osun Babes, the December player of the month will be hoping to increase her goal tally on Wednesday.

Pelican Stars have some experienced players in their Squad, Chinenye Okafor, Gladys Abasi, Hannah Amos, Love Okon and a host of others will be optimistic in picking a positive result in Lagos.