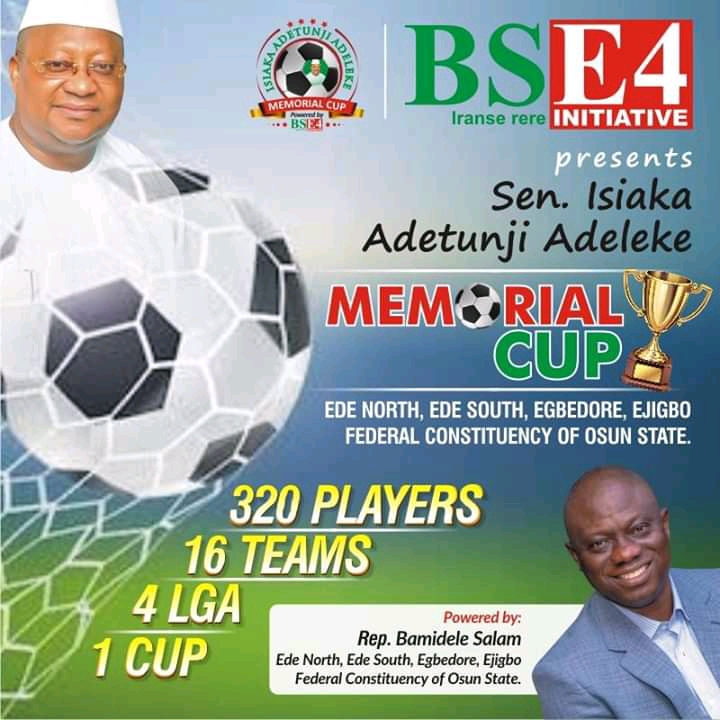 The first half of the encounter produced no fireworks as both teams played as if nothing was at stake, but the second was totally different with tackles flying in from different angles and end to end attacking football from both teams gave the fans joy and it didn’t take long for Ido Osun Warriors to break the deadlock less than 10 minutes into the restart when Hammed Sanusi of Ofatedo United forced the ball into his own net while trying to defend a goal-bound effort.

Less than 7 minutes later, Isiak Ibrahim scored a beautiful free-kick at the edge of the box to give the Warriors a 2 goal lead.

Ofatedo United then dominated the proceeding and dictated the pace of the game but lackluster display upfront means they could only manage one short on-target in the second half.

Ido Osun Warriors also came close to extending their lead towards the end of the match but a moment of brilliance from the defense of United saved them from what could’ve been an embarrassing evening.

With the result, Ido Osun Warriors have now progressed to the semi-finals and will await tomorrow’s quarter-final matches to know their next opponent.