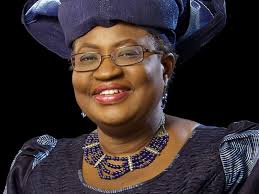 A Nigerian and Former Minister of Finance Ngozi Okonjo-Iweala has made the final shortlist of candidates for the Director-General of the World Trade Organisation (WTO).

The body however dropped three candidates from the contest. It also plans to reduce the contestants to two final candidates in the next few weeks.

Their expertise and high professional and personal qualities are highly valued and respected by all members,” WTO General Council Chairman, David Walker, said in a statement on Friday.

The second phase of consultations would begin on September 24 and run until October 6 after which the WTO would announce two final candidates.

The goal was to name a new leader by November 7.